Miss America Drops Swimsuit Portion of the Competition, Says Candidates Will No Longer Be Judged on Appearance 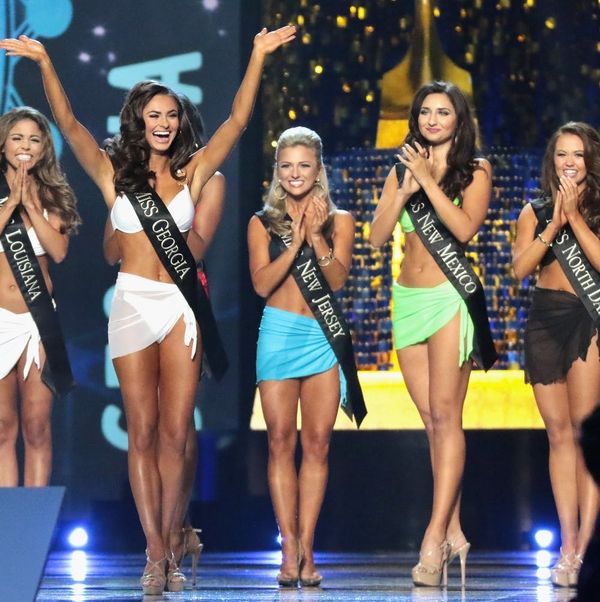 Over the course of its nearly 97-year history, the Miss America pageant has slowly made strides to reflect changing societal beliefs, which should rightfully include representation of all types of beauty, from different cultural backgrounds to the LGBTQ+ community. But the beauty pageant itself has largely remained unchanged — that is, until today, when the new chairwoman of the Miss America board of directors, Gretchen Carlson, announced some major news: There will no longer be a swimsuit portion of the annual show.

We're changing out of our swimsuits and into a whole new era #byebyebikini #MissAmerica2019 pic.twitter.com/pgyHotpoYz

Beginning in 2019, the competition will eliminate the bathing suit portion of the pageant, as Carlson revealed on Good Morning America. “We are no longer a pageant. We are a competition,” she said. “We will no longer judge our candidates on their outward physical appearance. That’s huge.”

The organization is also revamping the evening gown portion. According to CNN, instead of being evaluated on the basis of their appearance in gowns, contestants will participate in a live, interactive session with judges, where they can discuss their passions, achievements, and ambitions.

Carlson added, “We’ve heard from a lot of young women who say, ‘We’d love to be a part of your program but we don’t want to be out there in high heels and a swimsuit.’ So, guess what, you don’t have to do that anymore. Who doesn’t want to be empowered, learn leadership skills and pay for college and be able to show the world who you are as a person from the inside of your soul?”

JUST IN: "We will no longer judge our candidates on their outward physical appearance. That's huge. And that means we will no longer have a swimsuit competition." – @GretchenCarlson on the major changes coming to @MissAmericaOrg https://t.co/ICRIsRN71h pic.twitter.com/IWKcVvCC50

The moment is especially pivotal because Miss America began nearly 100 years ago as primarily a swimsuit competition. But it seems that, now, the Miss America competition is trying to distance itself from its superficial origins — at least, in part.

“We are now open, inclusive, and transparent, and I want to inspire thousands of young people across this country to come and be a part of our program,” said Carlson. “We want you and we want to celebrate your accomplishments and your talents and then we want to hand you scholarships.”

The change comes on the heels of Miss America CEO Sam Haskell‘s resignation last fall after emails leaked revealing that he’d body shamed and slut-shamed multiple women. Carlson had previously come forward with sexual assault allegations about her former boss at Fox News, Roger Ailes, and when she joined the Miss America board in 2017, she revealed that “changes were coming.”

What do you think of Miss America’s decision to eliminate the swimsuit portion of the show? Tell us over @BritandCo!

Arielle Tschinkel
Arielle Tschinkel is a pop culture junkie who went to NYU because the Olsen twins went to NYU (really). She is a freelance writer whose work has also been featured on HelloGiggles, Refinery29, SheKnows, Bustle, Hollywood.com, and many others; and she's living her dream one Britney Spears GIF at a time. Follow her on Twitter @mrstschinkel or visit her website at arielletschinkel.com.
Current Events