This Direct-to-Consumer Furniture Company Has a Bright New Look 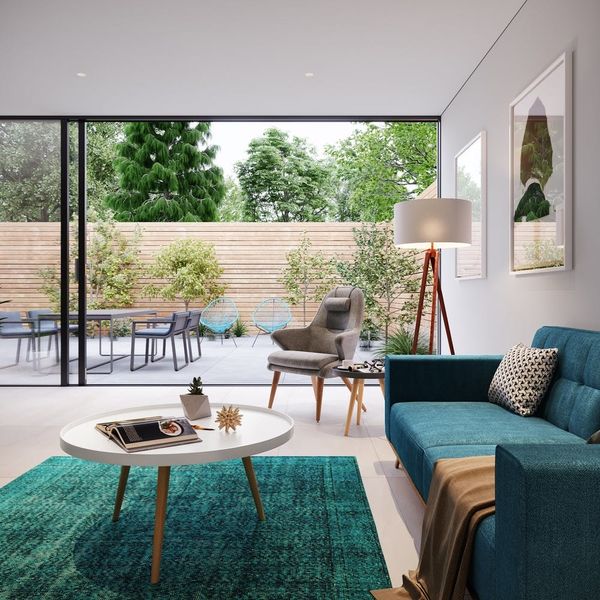 Avid Pinterest users think of themselves as decorating tastemakers, thank you very much — and we have the home inspo boards to prove it. But it was still surprising to find out that a certain stylish furniture brand just happens to agree. Direct-to-consumer brand Modani confessed that they had a little help when it came to deciding on the new direction for their latest collection: The brand mined Pinterest and scouted the social media accounts of influencers to achieve just the right mix of mid-century modern design and super-saturated color. “We noticed that there was a definite return to the older styles of the mid-century modern period — and we’d be obsessing over it ourselves in the office,” says Jonathan Moyal, Modani sales and marketing director.

If you’re familiar with the brand, you know how much of a departure this is from its past, more neutral collections. “We know we are taking a risk,” says Moyal, “but we’ve also had a lot of fun playing around with the designs in this new collection. We’re a company that goes with our heart, and right now, our heart is saying to go in this direction.”

Those instincts led the brand’s designers to on-trend hues like rich emerald green. Unexpected textures, like chambray and velvet, are the secondary stars of the collection. When it comes to working with velvet, co-owner Steve Athea says the process was pretty intuitive. “We just looked at the fabric to see what shades really popped,” he shares. “We knew when we thought to make some items in velvet that shades like canary yellow and jungle green were going to highlight the richness of the material.” The result certainly doesn’t disappoint: a green velvet couch is the centerpiece of the collection. (And one we’re already drooling over, TBH.)

And while the rich green hue was an easy sell, co-owner Nathan Cohen says that Modani is looking forward to taking more risks in the future. “We are looking to add more hues such as ultraviolet, millennial pink, and rose gold. We know there has been dispute about whether or not those colors are timeless, but with the way we plan to incorporate them, we can make those shades current,” he says. A millennial pink that can stand the test of time? We’re listening.

Opting for the unexpected became something of a theme during the design process. “We’re looking to ‘go green’ this year using a lot more natural fibers and vegan materials. So we held back on a lot of the leather and instead used linen and natural woods, including salvaged wood from old railroad tracks. It takes a bit of extra care, but this is an issue that is super-important to our brand,” co-owner Yonel Fellous tells us.

As Modani branches out into more colorful wares, they’re in a unique position to think about how shoppers can approach adding bold colors to their homes too. Mimic the process used by Modani designers and create a mood board of everything that you like, suggests media coordinator Leanne Weekes. From there, she suggests weighing pros and cons, but not getting too bogged down with formal thinking. “Play with it!” Weekes says. “Furniture, like apparel, is supposed to be fun.”

The collection starts at $150, so we miiiiight just stock up.

Emily Bihl
Emily Bihl is a freelance writer and sometimes-songwriter currently undoing a lifetime of healthy eating in the great city of New Orleans. When she’s not writing, she can be found covered in clay at the ceramics studio or attempting an approximated downward dog. She likes her black labrador Selkie, unexpected anagrams, and cracking the sugar on creme brûlée with the back of a spoon.
Furniture
Home Decor Inspo
Furniture Home Decor Interior Design
More From Home Decor Inspo