Here’s Why You Should Rethink What You Post Online 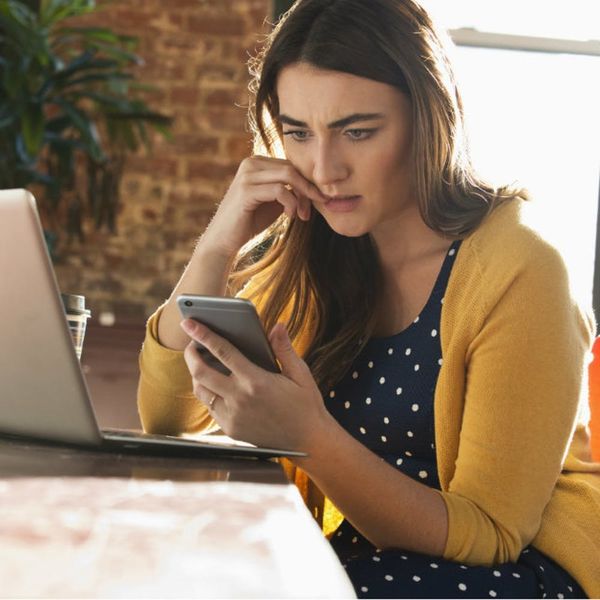 From pictures at your bestie’s wild bachelorette party to evidence of your “I am a rebel” phase in college, nowadays just about every detail of life is documented online. Whether you like it or not, you’re leaving an online legacy with every selfie, scandalous post, and political tweet. New details from a survey by .ME shows that sometimes, that legacy might be impacting your career and your reputation.

According to a study of 1,000 US adults, 47 percent of Americans, including 70 percent of millennials, admit that potentially sensitive information is available about them online. You know, things like photographic evidence of a few crazy nights with your friends or extremely divisive political statements that might make you a way less attractive job candidate. In fact, 43 percent of Americans know someone who has either not gotten a job or been fired from one because of their online life.

Even crazier? Seventy-two percent of those surveyed admitted that they haven’t done anything to try and manage their reputations online. No LinkedIn recommendations, no Google alerts set, nothing.

In a somewhat contradicting note, 63 percent of millennials said they would be willing to go to the extremes if it meant that they could get rid of all the damaging online information about them, including giving up all their vacation days (23 percent), wearing the same thing to work for a year (19 percent), and working for free for a year (six percent). Not sure we can get behind that last one, but the former options seem pretty reasonable when you think about the potential impact.

Your online presence can likely play a major role in getting you your next gig. The survey found that 61 percent of people believe a social media profile tells people (ahem… hiring managers) more about a person than their resume, and 59 percent of millennials say they’ve been negatively affected by info posted about them or by them online. It might be time to take a second look at your LinkedIn profile and put your Facebook posts on lock.

Tweet us how you keep your online rep clean @BritandCo.

Kelsey Nelson
Kelsey Nelson is a born-and-raised Ohioan living life in South Carolina. She thrives at binge watching Netflix, contemplating what to order at the bar and running any trail or road she can get her feet on. In addition to being a Brit + Co contributor, she writes about southern pleasantries, DIY mishaps and more at North Living South. If she isn’t writing or running, she’s off adventuring with her husband Brad and their Lab/Dachshund mix, Gordy.
social media
Work
social media study