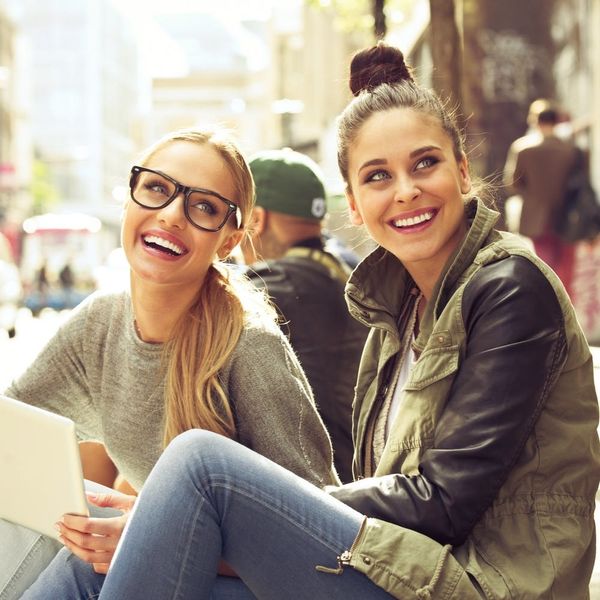 Months before my friends and I started seriously discussing college applications, I had secretly made up my mind that I would only go to school in a big city. I patted myself on the back for being SUCH a trailblazer. How brave was this girl? The truth was that my plan was hardly a creative one. I grew up in a suburb of Pennsylvania located smack in the middle of miles of rolling rural roads and a now-defunct steel town. Though I liked to think of myself as a rebel with a case of “dreams too big for this town,” I’ve now watched enough ’90s teen movies to know that what I really had was a fairly standard level of teenage angst and a little boredom.

My hometown was a great place to grow up. We had schools filled with (mostly) nice kids, parented by hard-working people who supported community events and local culture. Like most suburbs, we had a healthy share of shopping centers and malls, which gave my friends and me a decent social life, plus the opportunity to max out our closets on Hollister and American Eagle (those polos, amirite?). Still, I’d grown up visiting family in bigger cities, and I knew that I belonged in one of them myself.

I applied to a list of colleges all located in urban areas — New York City, Philadelphia, Washington DC, St. Louis and Chicago — despite my parents’ pleas to consider other options, where I might be able to have a more “typical college experience.” You can only imagine how well my angsty self reacted to the mere mention of being “typical.” I got my way, and a few weeks after my high school graduation, moved into my dorm room in DC.

Suburb to City: NOT THE EASIEST TRANSITION EVER

I struggled to adjust to my new life more than I like to admit, and I found the city experience challenging for much of my four years at school. I’d landed in a highly competitive student culture, where my fellow classmates were aiming for internships as early as fall of our freshman year. I’d grown up loving the concept of school alone, and I couldn’t understand why everyone wasn’t content just to learn. The social scene was also harder to navigate than I anticipated. I found my niche early by joining Greek life, but I never understood the draw of the city club scene, and I didn’t quite fit in with the majority of the other students. Most of them had come from extremely wealthy areas or grown up in cities themselves.

I longed for house parties and felt FOMO for tailgates (I didn’t expect that either). When I started dating someone who attended a more “typical” college, a convenient perk was that I got to visit him and experience the classically collegiate bucket list items I’d been missing out on.

Despite my frustrations, I graduated with a great education, which helped me land a dream job in (surprise, surprise) another city. As I transitioned into post-college life, thrown in with friends and roommates who had studied in more suburban areas, I realized that my city experience had given me more than just good job-hunting credentials. It had given me a 101 in adulting that proved WAY more useful than I ever could have guessed.

5 THINGS I LEARNED BY GOING TO COLLEGE IN A CITY

1. Get your hustle on early. Students at my college put pressure on each other to hustle harder than my friends at other universities. The campus culture demanded that we seek out jobs and internships, stay in good shape and also somehow manage to do normal collegiate things like make it to class on time (or at all) and attend a party here and there. The expectation was to keep all aspects of your life together, which gave me a good attitude about productivity and balance after I graduated too.

2. Fit in those happy hours, AKA develop awesome time management. In my first few months post-graduation, I remember talking to my friends who hadn’t gone to a school like mine, who were struggling to figure out their schedules now that they were in the professional world. Since working and interning had been such a major part of my college experience, I’d already had some practice at juggling work, office hours and happy hours, and I’d already learned the art of fitting a workout or call home to my parents into my routine.

3. Seek out your social life. My city campus offered social options that were really unique. Sure, there were plenty of student organizations and activities, but we also had the entire city around us. Social life wasn’t quite as centralized as small, rural schools, which meant that we had to seek out friendships more proactively. It was good practice for being an adult and being new to a city, which also forces you to make new friends on your own and figure out your social life among lots of choices.

4. Accept diversity in everything. Leaving a pretty non-diverse suburb for DC, I was amazed by the diversity of people, ideas, opinions and lifestyles around me. I learned a lot at that point about being open to all kinds of variety in life and also learned that I had something to contribute to that diversity. It was a lot easier to adapt to the working world because I had some experience with this already.

5. Push yourself beyond your comfort zone. No matter where you live, adulting requires a certain level of bravery and an outgoing attitude. Being out of my comfort zone (even though it was by choice) as a college student in a city taught me to be more confident, which has made it a lot easier for me to advocate for myself professionally and to get into new social situations. Living in a city, every day is different, and I learned at an earlier age to adapt to new circumstances without letting them shake me.

How did your college experience prepare you for adulting? Tweet us @BritandCo!

Alli Hoff Kosik
Alli Hoff Kosik is a freelance writer who is passionate about reading, running, rainbow sprinkles, her lipstick collection, watching embarrassing reality TV, and drinking pink wine. She lives in Brooklyn with her husband and (in her dreams, at least) three golden retriever puppies. Listen to her talk books on The SSR Podcast.
Education
Home News
Education Graduation Productivity