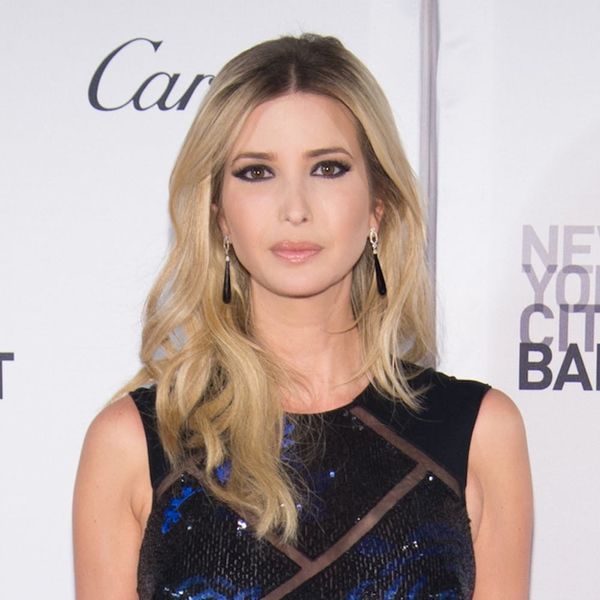 Ivanka Trump has long been one of her father’s biggest supporters, even when she’s had to defend him. While she doesn’t have an official role in President Trump’s White House administration, Ivanka has made it clear that she does intend to work for policies benefitting women, and recently stepped down from running her eponymous fashion and lifestyle brand to, in part, better do so.

At the moment, however, things are not looking great for her fashion brand, as two of their biggest retailers, Nordstrom and Neiman Marcus, dropped her line. TJ Maxx and Marshall’s employees have reportedly been instructed to take down any Ivanka-specific displays and remove Ivanka signage. And now, the list just keeps on growing.

Cosmopolitan reports that now ShopStyle and HSN have also stopped carrying Ivanka’s brand, as well as Belk and Jet.com. The retailers maintain that the reason is rooted in the numbers, and that the line is simply not selling.

My daughter Ivanka has been treated so unfairly by @Nordstrom. She is a great person — always pushing me to do the right thing! Terrible!

President Trump called Nordstrom’s move specifically “unfair,” and may have caused the store’s stock to actually go up in response to his negative opinion. And while many saw Ivanka and husband Jared Kushner’s reported stand against a White House order impacting LGBTQ and women’s rights as a victory, it’s clear that her ties to the White House are putting her in the line of fire as well.

During the last weekend of January, while protests against President Trump’s Muslim ban were happening at airports across the country, Ivanka posted a pic of her and husband Jared Kushner dressed to the nines. The photo, which had no caption, quickly received Instagram comments and Twitter replies, ranging from outfit compliments to head-scratches over the seemingly insensitive timing of the photo.

@IvankaTrump great outfit. now you need to work on your timing

While some defenders suggested she had a right to have a life and the timing was irrelevant, the hashtag “#LetThemEatCake” also flooded the replies, suggesting an out-of-touch attitude — the quote is famously attributed to Marie Antoinette, Queen of France, who supposedly said it after learning the French peasants had no bread (not because they were simply out, but because they were too poor).

Ivanka is clearly feeling the effects of her father’s controversial presidency. Her company maintains that sales of her fashion brand are actually growing despite stores claiming otherwise, but with Macy’s and Canadian department store The Bay also facing backlash for still carrying the line, the effects feel far from over.

Do you think more stores will stop carrying Ivanka’s brand? Let us know over @BritandCo.