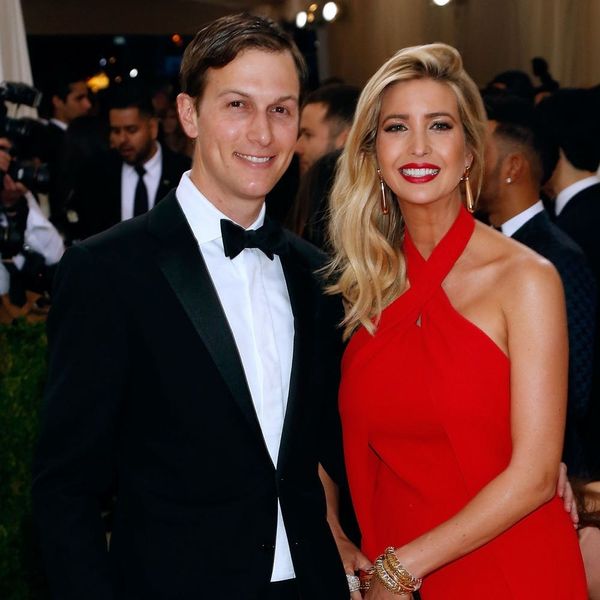 Despite the fact that many would see Ivanka Trump (who is facing retail woes over her political affiliations) and her husband, Jared Kushner, lumped in with the ideals and viewpoints of their father and boss, President Trump (who is currently embroiled in a legal battle with a federal judge for placing a nationwide hold on his immigration ban), it appears that they actually don’t always agree on everything: politics included.

When rumors of a new “Respect Religious Freedom” order (the draft for which can be seen here) began to swirl, the husband-and-wife duo, who have reportedly long supported LGBTQ rights (Jared is considered a Democrat, having donated $100,000 to left-wing campaigns over two decades; Ivanka an Independent), reportedly stepped in to make their own stance on the matter known.

“There are some in Trump’s family that have some views on these things,” a source told Politico. “That’s where the decision is ultimately being made.”

The order sought to protect religious business owners from having to make decisions that would be at odds with their beliefs. In doing so, however, it would potentially invite open discrimination against many in the LGBTQ community, as well women — under the new order, a business owner would be allowed to refuse to hire a lesbian woman or cover women’s birth control, for example.

The proposed order did not sit well with either Ivanka or Jared, and both stepped up to expressly tell President Trump so (though the White House has claimed that he never seriously considered it anyway). In fact, the White House issued a statement on the matter (a move favored by Ivanka and Jared), saying that it would keep Obama’s workplace protections order in place and reading as follows:

“President Trump continues to be respectful and supportive of LGBTQ rights, just as he was throughout the election. The President is proud to have been the first ever GOP nominee to mention the LGBTQ community in his nomination acceptance speech, pledging then to protect the community from violence and oppression.”

Huh. Guess that dance party in front of Mike Pence’s house worked? Either way, we’re happy to see Ivanka and Jared using their voices to offer an alternative perspective to an otherwise largely conservative administration.

What do you make of Ivanka and Jared’s actions? Tell us over @BritandCo.

Nicole Briese
Nicole is the weekend editor for Brit + Co who loves bringing you all the latest buzz. When she's not busy typing away into the wee hours, you can usually find her canoodling with her fur babies, rooting around in a bookstore, or rocking out at a concert of some sort (Guns N' Roses forever!). Check out all her latest musings and past work at nicolebjean.com.
LGBTQ
Politics
LGBTQ Politics