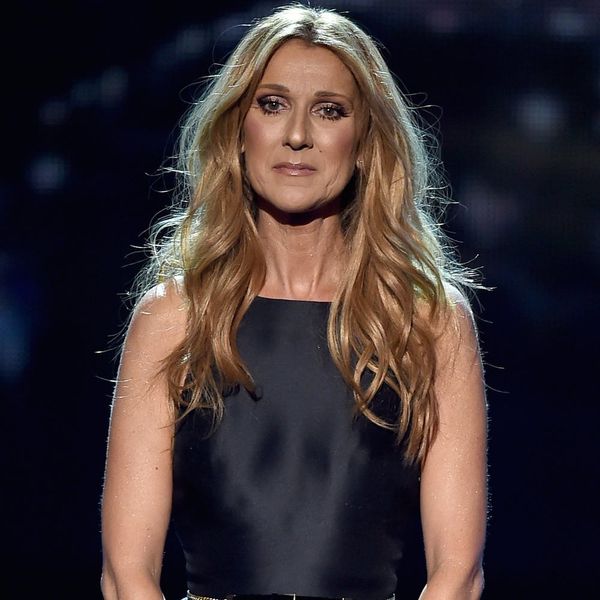 1. Celine Dion returned to the stage last night for the first time since the death of her husband, René Angélil, from cancer last month. The performance included a touching tribute to Dion’s partner of 21 years, who had discovered and managed young Celine in Quebec, Canada. “He’s always been on stage with me,” the “My Heart Will Go On” legend said to her Las Vegas audience, “And nothing will ever change that.” Rest in peace, René. (h/t E! Online)

2. The Midwest is getting its own taste of snowpocalypse. Nearly a foot of snow is forecasted for the Chicago area, northern Indiana and southern Michigan. Of course, “Blizzard Warning” is trending on Twitter because #ModernLife.

Hi everyone! I got a haircut! What do you think? pic.twitter.com/037letcutR

3. Amanda Bynes got a dramatic new haircut. Celebrity hair is always kind of amusing to follow, not in small part due to celebs’ tendency to occasionally make dramatic statements about relatively minor changes. But Amanda Bynes announced her legit drastic new cut on Twitter last night with ultra casual matter-of-factness. “Hi everyone! I got a haircut! What do you think?” she asked her followers, debuting a shoulder-length ‘do that showed off at least 12 inches less than previous selfies. Lookin’ good, AB!

4. Kesha has released her first public statement thanking supporters. With a short caption next to a somber selfie, Kesha wrote: “I am beyond words in gratitude. Thank you is not enough but it is all I have. A million times over and forever thank you. The support I have received has left my face swollen from tears. I love you all so much. <3 a statement too large for this format is coming.” Earlier this week, Taylor Swift gave Kesha $250,000 to help the “Tik Tok” singer’s ongoing legal battle with producer Dr. Luke. (photo via @iiswhoiis)

6. Quote of the Day: “The greatest threat to our planet is the belief that someone else will save it.” – Robert Swan, polar explorer, environmentalist and the first person in history to walk both the North and South Poles. Right on, pal.