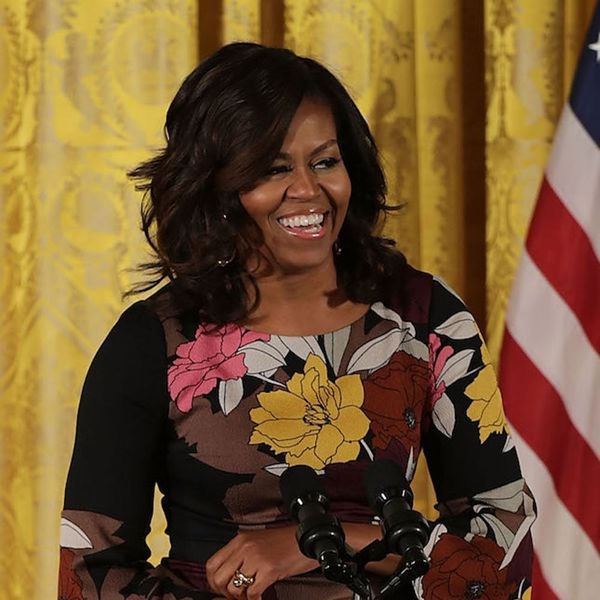 The Obamas open up and Blake Lively works it out in this morning’s buzziest news stories. Check those and more out below.

1. The Obamas opened up to People in a new interview about their last days in the White House, and Michelle dropped a truth bomb that is TOTALLY all of us: On the night of the election, she simply went to bed. The results of course didn’t come in until the wee hours of the morning, but besides that, Michelle told People it’s just not how she rolls. “I don’t like to watch the political discourse; I never have,” she said. “I barely did with him.”

2. Blake Lively’s New Year’s resolution is something we are all a little too familiar with. That’s right — Blake vows to fit into her jeans again. Though she’s been very honest about not buying into the pressure to fix your “post-baby” body, Blake, who had her second kid in September, is getting a kick-start on the resolution. If we’re being honest, this looked like a sponsored post to us, but as she said in the caption, “This is not an ad. This is me getting it up for healthy food.” A few days ago she was also ‘Gramming herself in the gym, so we’re pretty sure she means it. Get it, Blake!

3. Bella Hadid is stepping out big time, gracing the cover of Paper Magazine‘s Winter issue and freeing the nipple while she’s at it! One of the portraits bares a bit more of Bella than we’ve seen before, including her nipple piercing. The interview covers everything from her Victoria’s Secret history and her future plans to act. You can read the whole thing here.

We've teamed up with Save the Children UK to dress our wax figures of The Royal Family in festive knitwear, all in aid of Christmas Jumper Day 2016! #madametussauds #tussaudslondon #london #royalfamily #katemiddleton #princewilliam #princeharry #queenelizabethii #princecharles #corgis #savethechildren #christmasjumperday #christmasjumper

4. Madame Tussauds dressed the Royal Family’s wax statues in ugly Christmas Sweaters and we can’t even. THE CORGIS! Dead.

5. This US Army veteran can’t work without his service dog so a Lowes in Texas hired them both. Clay Luthy is a veteran of the US Air Force, and was having trouble finding a job because his service dog, Charlotte — who helps keep him calm and helps him get up if he falls due to two blown-out knees — needs to accompany him at all times. A Lowes in Abilene, Texas, had no problem with the set up, and even gave Charlotte her own vest. BRB, bawling. Charlotte is now training a replacement pup, Lola. (h/t Mashable, Photo via KRBC TV/Facebook)

6. Quote of the day: “My deepest sympathy goes out to the trolls who are in more pain than we will ever understand. I want to thank them for making it so evident that I am a great choice. It’s that kind of response that let’s you know something’s wrong with our culture and we all need to work together to change it.” Amy Schumer fires back at haters who were not happy with her being in talks to play the lead in a live-action Barbie movie.

Do you think Amy Schumer’s would kick a** as Barbie? Let us know @BritandCo.