Morning Buzz: New Details from Kim Kardashian’s Hotel Concierge Reveal Her Robbers Were NOT There for Her Jewelry + More 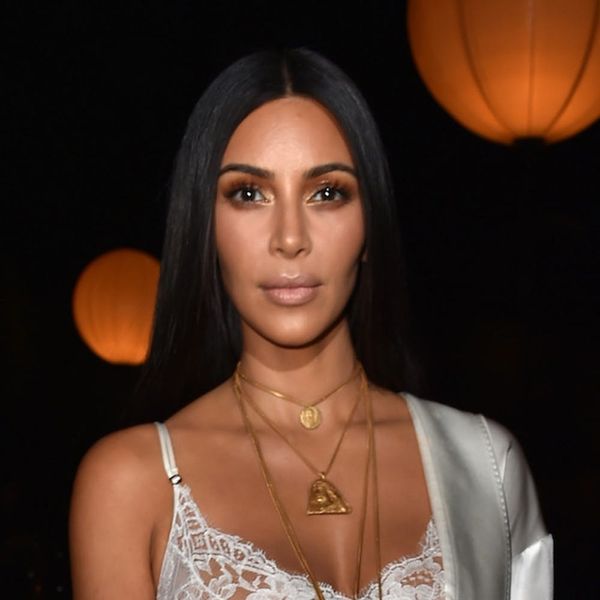 More details surface in Kim’s robbery case and Patton Oswalt gets really real about grief in today’s top news items. Check those and more out below.

1. More details are slowly being revealed to the public from Kim Kardashian’s Paris robbery. The concierge who was forced to lead the robbers to Kim’s room, and who recently penned a heartfelt message to Kim wishing her well in recovering from the incident, has given an interview to ET claiming the robbers were not, in fact, there for Kim’s jewelry — they just wanted money. “She believed that they were there for her ring. She showed her hand, there is no ring, and the guy is like, ‘Where is the ring?,'” the concierge, Abdulrahman, says. “At the moment she gave him her ring — it was on a table close to the floor — she gave her ring to the guy, and he put it in his pocket.” But they kept demanding money, something that might not have been understood due to a language barrier. Abdulrahman says he told them that Kim didn’t have much cash on her, and that’s when one of the robbers asked for more jewelry, which is when he says Kim handed him her jewelry box. “They weren’t there for jewels at first, they were there for money.”

2. Megan Fox shared the first pic of her and Brian Austin Greene’s third baby and OMG, the cuteness. Megan and Brian, who were reportedly on the outs, were pretty low key about both the pregnancy and birth of their third child, but last night Megan took to Instagram to share the first snap of the wee one with the world, and we can’t stand how cute. Megan and two-month-old Journey River look cozy and happy lounging in bed in the snap, which she left captionless. Adorbs.

3. Um, apparently Michael Phelps and his gf Nicole Johnson got secretly married this summer! And THIS is supposedly the pic Nicole posted to celebrate! Multiple sources are reporting that, in June, the pair got hitched at an intimate ceremony in Paradise Valley, Arizona. People reports that a close couple officiated. “Such a memorable night with my lil fambam,” Nicole wrote on their supposed wedding night photo. “Boomer obviously didn’t want to hold still.” TMZ also reports that the couple filed their marriage license on June 15. Congrats to the happy couple!

4. Kristen Stewart and St. Vincent made their first public appearance together and we are 100 percent here for it. On Thursday night at the CFDA/Vogue Fashion Fund Show at the Chateau Marmont in Los Angeles, the rumored couple walked the red carpet and mingled with the likes of Emma Stone, Katy Perry and more together (in aaaaamazing outfits, might we add). While neither has confirmed, we’ll go ahead and take this as a yes.

Once you see it you can't unsee it pic.twitter.com/5mREeJUhYV

5. Is this the new dress meme?! This photo of someone’s legs was causing people to lose their minds on the internet yesterday. The optical illusion is that it’s a pair of shiny, shiny legs. But once you see the white paint splats causing the strange visual effect, you can’t unsee it. Cherish the shiny, because once you see the paint, you’ll never see them as shiny again. RIP.

6. Quote of the day: “I’ll never be at 100 percent again, but that won’t stop me from living this.” Patton Oswalt gives a heartbreaking interview with the New York Times about losing his wife, Michelle McNamara, and is refreshingly open and honest about all the ongoing stages of his grief.

How do you best deal with grief? Let us know over @BritandCo.