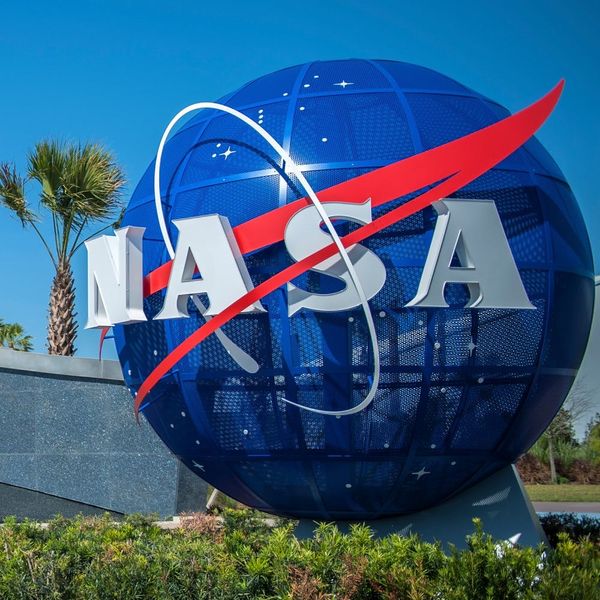 NASA has been totally thrilling us lately with their history-making class that has just as many women as men, along with the first African-American astronaut to head to the International Space Station (who also happens to be a total #girlboss). Now, the space-lovin’ folks have blown our minds with the announcement that they’ve found seven new planets, three of which might support alien life. Yep, ALIENS!

The internet is buzzing over NASA’s news that they’ve located a total of seven Earth-sized exoplanets that orbit TRAPPIST-1, a star that’s located just 39 light-years away from our own Sun (practically in our celestial backyard!). The six inner-most planets are assumed to be rocky and are around the same mass as Earth. On top of that, the planets are so close to each other that you can actually see them moving past each other in the sky from the surface of the other planets.

However, it’s three of the new planets that are making scientists (and the rest of the world) especially excited. That’s because they’re in the “habitable zone,” which means they may be able to support liquid water, making them an ideal home for alien life. It could also be a possible new home for humans should we find the need for one arises (global warming, anyone?).

“This discovery could be a significant piece in the puzzle of finding habitable environments, places that are conducive to life,” said Thomas Zurbuchen, Associate Administrator of NASA’s Science Mission Directorate in Washington. “Answering the question ‘are we alone’ is a top science priority and finding so many planets like these for the first time in the habitable zone is a remarkable step forward toward that goal.”

A new telescope which will launch in 2018 will hopefully tell us much more about this exciting new system. *Fingers crossed* that we find some alien friends out there.

Take a peek at these super cool new planets, as well as a 360-degree panorama depiction of the surface of the newly detected planet, TRAPPIST 1-d, in the NASA videos below.

What do you think about this new discovery by NASA? Let us know @BritandCo!

Desiree O
Desirée O is a ‘Professional Bohemian’ who loves anything and everything related to the arts, entertainment, and pop culture. She ADORES being a ‘Newsy’ for Brit + Co, covering all of the latest tidbits of awesomeness that you want to read about. When she’s not writing, she’s either making messy art, going on long adventurous walks with her camera, or poking around over at bohemianizm (http://www.bohemianizm.com/). You can find out about Desirée O and her work at http://DesireeO.com/ or follow her on Twitter @DesireeO.
Travel