For the First Time, NASA Has as Many Women as Men in Their New Class 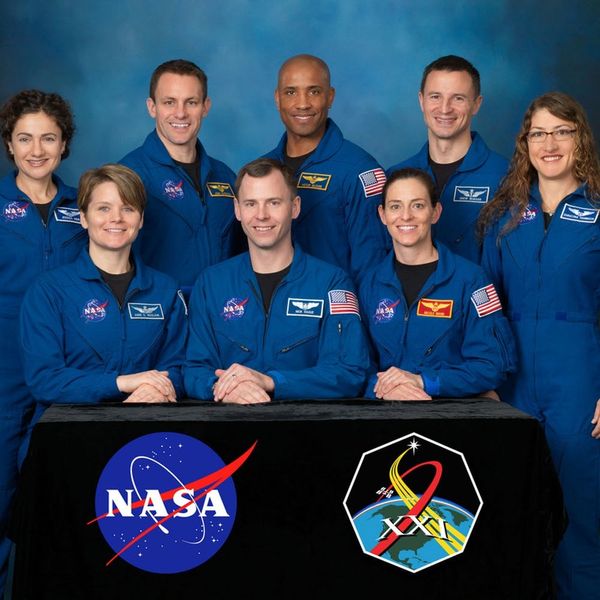 Last year, female scientists at NASA made headlines for breaking up the baby pix and selfie shots in our Instagram feed with the most epic portrait of Pluto ever. In 2016, NASA is making equality history this year by having just as many women in their latest class as there are men — and wait ’til you hear how out-of-this-world-accomplished these women are. The Martian‘s Matt Damon might have an Oscar nom, but he has nothing when it comes to real life space travel on these galactically #girlboss ladies.

In what has typically been a male-dominated field, Jessica Meir, Anne McClain, Christina Hammock Koch, and Nicole Aunapu Mann are totally, fully, and completely ready to kick a little beyond-this-world scientific butt. The class was formed back in 2013 and no strangers to achievement, this crew of women include Harvard Medical School professors, Iraq War combat pilots, and South Pole explorers. Talk about new hero material for little girls (and, frankly, grown women) everywhere!

To give you an idea of just how competitive the astronaut class selection process is, NASA requires potential participants to endure a testing process that lasts up to a year-and-a-half and only comes along once every four or five years. But if you become one of the hand-picked exploring elite, then you’ll be given opportunities like this new class of astronauts who have been told that they will most likely be leading the first human expedition to Mars, a 35 million-mile journey that would top off their history-making accomplishments.

So scoot over, Matt Damon, here are the real future Martians right here.

Would you consider taking a trip to Mars? Tell us @britandco!

Desiree O
Desirée O is a ‘Professional Bohemian’ who loves anything and everything related to the arts, entertainment, and pop culture. She ADORES being a ‘Newsy’ for Brit + Co, covering all of the latest tidbits of awesomeness that you want to read about. When she’s not writing, she’s either making messy art, going on long adventurous walks with her camera, or poking around over at bohemianizm (http://www.bohemianizm.com/). You can find out about Desirée O and her work at http://DesireeO.com/ or follow her on Twitter @DesireeO.
Girlboss
Entertainment
Girlboss science