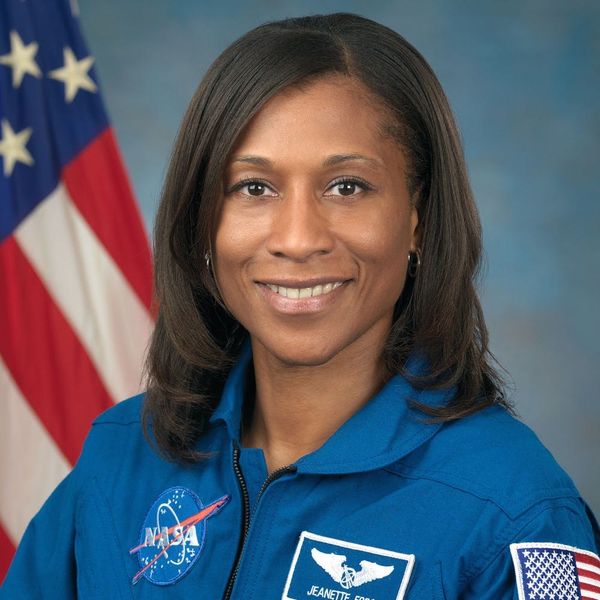 Houston, we’re about to witness awesomeness: The very first African-American astronaut to embark on a mission to the International Space Station has been chosen, and she’s a total #girlboss. Woohoo!

Meet Jeanette J. Epps. The Syracuse, New York native has been assigned to her very first spaceflight and, come May 2018, she “will become the first African American space station crew member.” As the official NASA press release explains, “she’ll join [veteran astronaut Andrew Feustel] as a flight engineer on Expedition 56, and remain on board for Expedition 57.”

This is just as exciting as that time NASA revealed its 2016 class, marking the first time in history it had the same number of women (who deal with their periods in space through birth control pills) as men. High five, NASA!

Culmination of a great week of training in Star City. pic.twitter.com/gUU1y319fM

So who is Dr. Epps? According to her biography, she holds a doctorate in aerospace engineering and began her career working for the Ford Motor Company. During that time, she received “a provisional patent and a US patent for her research” before transitioning to the CIA. There, she worked as a Technical Intelligence Officer for seven years. Wowza!

All exams went well! Time for the holidays. 🎄🎅🎉🎉

Dr. Epps was first selected to become a NASA astronaut in 2009, and has previously worked as a “NASA Graduate Student Researchers Project fellow, authoring several journal and conference articles on her research.”

Oh, and when she’s NOT busy killing it in her field and training for her upcoming mission to the International Space Station? She “enjoys traveling, reading, running, mentoring, scuba diving and family.” NBD.

Once Dr. Epps and her colleague make it to the space station, they’ll help contribute to NASA’s mission “to demonstrate new technologies and make research breakthroughs not possible on Earth.” So again, NBD. (Read. VERY BIG, HUGE DEAL).

Sounds like our girl is MORE than qualified to take on the task at hand — congratulations, BB!!!

Will you be keeping tabs on Dr. Epps’ journey into space? Tweet us @BritandCo.

Barbara Pavone
Barbara Pavone is a pop culture-obsessed writer based in beautiful (but ridiculously cold) Montreal, Canada. When she's not working, she's sipping on a Pimm's Cup and daydreaming about her celebrity hero, Saint West.
Girlboss
Most Recent
Girlboss