10 New Books to Settle Down With Over Memorial Day Weekend 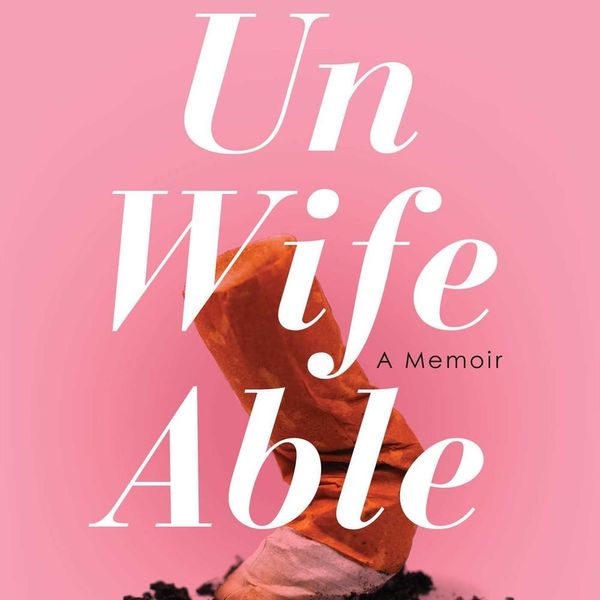 Some call it the kickoff to summer; we like to call it the kickoff-to-laze-by-the-pool-with-a-great-book season. From jaw-dropping memoirs to the season’s latest unputdownable fiction, these 10 reads are the books we’ll be digging into this Memorial Day weekend. If you’re looking for a new book to accompany your favorite cold summer drink, we’ve got you covered.

When Margaret Jacobsen wakes up in the hospital, she’s forced to face the reality of a new life she hadn’t seen coming. While simultaneously dealing with the whims of her distant sister and self-pitying fiancé, all she wants is some kind of escape — cue Ian’s entrance into her life. A tough yet charming physical therapist, he’ll help Margaret get back on her feet and teach her that new love comes around when you least expect it.

This new release by one of literature’s most influential voices tells the story of the last known survivor of the Atlantic slave trade. Taking multiple trips to Alabama to visit the elderly survivor, Hurston made it her mission to tell his story to the world with great candor and heart. For history lovers and literature fans alike, this true story will bring you back to a nightmarish time in America’s history and give you an inside look at what it was like to be abducted from your home and forced into a cruel new world, unaware of what your future would look like.

If you still find yourself obsessed with Carrie Bradshaw and her enthralling dating experiences in New York City, Mandy Stadtmiller’s debut memoir is the book you need to add to your bookshelf now. After getting divorced in 2005, Stadtmiller moved to Manhattan, ready to take the dating and work world by storm, but what she found instead was a multitude of blacked out nights and unsuccessful hookups. Spending nearly a decade documenting her experiences, Stadtmiller finally came to the conclusion that if she wanted to successfully find a partner, she’d need to invest in her own self-love first.

Still reeling over Jessica Knoll’s debut Luckiest Girl Alive? It’s time to pick up the instant New York Times bestseller The Favorite Sister. A new reality series set in the Big Apple has just begun, starring five successful women and their neverending need to outshine one another. When sisters and business partners Kelly and Brett signed on to do the show, they never thought that only one of them would make it out alive. But before too long, only one of them will be left standing. This highly anticipated psychological thriller will keep you up all night.

Mira may only be 17, but she knows exactly what she wants out of her life, preparing for an upcoming audition for a music school she has always dreamed of attending. But one night, when her sister brings her along to a warehouse party, Mira suddenly finds herself in love with EDM music and DJing. Trading in her trumpet for a turntable and a set of headphones, she suddenly finds herself falling fast into a new passion that comes with plenty of hardships and difficult decisions. This YA novel is full of heartfelt moments that will have you rooting for a young teen who wants nothing more than to find her rightful place in the world.

The king of horror is back with his latest novel — a book that will have you sleeping with the lights on over the holiday weekend. When a young boy’s body is found in Flint City, all the signs point to one killer: the town’s beloved little league coach. As the town’s lead detective takes the man into custody, he’s sure that he’s caught the killer, but as new evidence arises, the entire town is surprised to find that the case may not be as open-and-shut as they had thought. King’s new release is filled with shocking details and a twisted ending you won’t see coming.

Looking for a new historical fiction book for your long weekend? Jacqueline Friedland’s debut novel brings readers back to the mid-1800s, years before the Civil War. Abigail Milton’s family is suddenly facing intense financial difficulties, sending her to the United States to live with a family friend. Questioning the man she has been sent to live with, she overhears a conversation about helping a slave escape his master, leaving Abigail curious about how she can help. Getting involved in the new age of abolition, she’ll find that she has more of a bond with her benefactor than she ever imagined.

In this touching biography about the late Robin Williams, Dave Itzkoff celebrates the beloved performer’s success as well as the dark thoughts and struggles that the actor dealt with in his everyday life. Breaking down each of his most iconic roles and the ways in which his personality influenced those characters, this biography is an ode to the legacy that the man left behind. For fans of Robin Williams, his genius work, and the successful yet secret life he lived, Robin is the emotional nonfiction release readers everywhere are buzzing about.

Taylor Jenkins Reid’s 2017 hit, The Seven Husbands of Evelyn Hugo, is back this summer with a new stunning paperback cover — the perfect book for fans of old Hollywood. Acclaimed actress Evelyn Hugo has long since faded from the spotlight and as a result has become a bit of a recluse. But in this novel, she is ready to open her life up to the public one more time, inviting no-name reporter Monique Grant to her home to lead an exclusive interview. As Evelyn’s story of fame, fortune, and love unfolds, Monique will find that they share a tragic yet compelling connection.

Victoria Aveyard is back this May with the epic conclusion to her #1 New York Times bestselling YA series. Mare Barrow has learned her lesson about trusting people and is now determined to protect herself from future heartbreak. On a mission to take down the rulers currently oppressing her people, Mare knows what she has to do to defeat the evil Maven, but if she wants to make it out alive, she’ll have to partner with the boy who turned her world upside down. A war is on the horizon in this new novel, and Mare must prepare if she wants to defeat her enemies.
From Your Site Articles
She Reads
Books
Creativity
Books Goods
More From Creativity