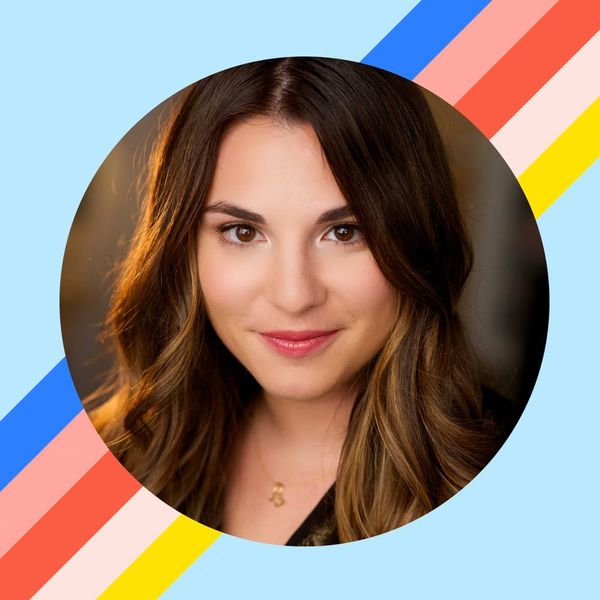 For the last six years, which is nearly all of her post-college life, YA author Victoria Aveyard has been eating, drinking, sleeping, and breathing the world of Norta, the fictional setting of her best-selling Red Queen series. She first came up with the concept of a land where the color of your blood determined if you were a commoner or an elite member of society with special abilities around the time she graduated from college in 2012. And with the release today of War Storm, the fourth and final book in the series, she’s wrapping up the stories and answering many of the questions we fans have about the fate of the Reds and the Silvers.

For those of you not familiar with the books, Red and Silver designate the color of blood. Those who bleed silver make up noble houses that rule the land with special powers like kindling fire or willing metal to bend. Those who bleed red are ability-less and therefore forced to toil in a life of servitude. But when strong-willed red-blooded Mare Barrow shows up one day with a deadly power of her own, the Silvers fear she’ll upset the balance of power, and adopt her as one of their own and place her amid Silver royalty. We follow Mare through as she goes through serious self-discovery, delves into the politics of a region at war, and of course is sucked into an epic love triangle (because love *most of all* can’t be easy).

We chatted with Aveyard about her feelings around bringing this series she grew up with to an end, how the real world politics have shaped her fictional world and its politics, her amazingly devoted fans, and more. Scroll on to hear what she had to say.

Brit + Co: The Red Queen series is incredible. And it’s so your baby! How does it feel to have your first big series come to an end finally after all these years?

Victoria Aveyard: Oh, thank you so much! And honestly, at this point, I feel nothing. Maybe I’m numb and in disbelief, but I also don’t think the series will feel finished until I’m completely done touring. Another part of the job is kicking in, so maybe I’ll get smashed with the realization when I finally slow down. I hope it will feel like an accomplishment. Right now, I’m mostly nervous for reader response and hoping that people aren’t bored by the final installment.

VA: At this point, I feel like I’ve given most, if not all, of the Red Queen characters some form of closure. Their arcs are complete. So no, I can’t say I miss any of them. But ask me again when I’m drafting a brand new project with characters I’m just getting to know. I will most likely miss the old gang then.

B+C: Obviously, you can’t make everyone happy when you wrap such an epic story arc. How do you think fans will react to how you chose to conclude the series’ story and Mare’s story?

VA: I know that my readers have a whole myriad of expectations and wants for the end of the series, and many of them are impossible to fulfill without denying another. So I realize that some readers will be happy, some might be upset, but, hopefully, no one is bored, and everyone feels like they got a good story out of the deal. It’s impossible to please everyone, which is something I think every creator has to grapple with.

B+C: We love your strong voice on Twitter, mainly because you’re so fearlessly opinionated and political. How have the events of the last couple years affected how you shape your stories and your characters?

VA: I’ve always been an opinionated loudmouth — from birth, as my parents would say. And I have some form of a platform, however small, in a very strange moment in both current history as well as my own life. So reacting the way I do is a natural response. If I feel like I have something to say, I’ll say it — sometimes well, sometimes not well. As for my stories, I’m always drawing inspiration from world history, and history, unfortunately, tends to repeat. But I have learned a great deal from the publishing world on social media, especially in regards to representation and its importance in storytelling.

B+C: One thing that’s also obvious from your Twitter is that you have the absolute best fans in the world. What’s the wildest/most intense/most touching fan reaction you witnessed through the years?

VA: It’s hard to pinpoint one, but I was recently on tour in Australia. At a very large fan convention, filled to the brim with cosplayers for much, much larger stories than mine (Dr. Who to Star Wars to Lord of the Rings, etc), I was incredibly touched to be approached by three young ladies cosplaying as characters from Red Queen. It was really touching to me, to see not only something I made making even the smallest impact against real heavyweights but also to see young female readers feeling so connected to my work that they were willing to wander through a con dressed up for this obscure book series.

B+C: You started writing this series what must feel like a very long time ago when you were a recent college grad. What advice would you give your past self before starting out on the journey to write these books?

VA: Eyes on your own paper. Publishing is your job, not your entire life. Keep your head on straight. Work ahead. Plan ahead. Dream ahead.

B+C: What are you currently working on? A new book? A new series? Something totally different?

VA: I’m hoping to release a collection of short stories, as well as expansive world content, set in the Red Queen universe in the spring of 2019. So that’s first on my calendar. Afterward, I’ll probably be launching into a new YA fantasy series, alongside some other more secret projects in the mix.

B+C: While we’re waiting for whatever is next from you, who else would you recommend we read after War Storm?

VA: The Cruel Prince by Holly Black, Six of Crows by Leigh Bardugo, An Ember in the Ashes by Sabaa Tahir, Kushiel’s Dart by Jacqueline Carey, and Fall of Giants by Ken Follett.

Are you looking forward to digging into War Storm? Tweet us @BritandCo to let us know what you love about the series!

(Photo of Victoria Aveyard by Stephanie Girard via Harper Collins)

Annette Cardwell
Annette is the VP of Editorial at Brit + Co. She's a mom of two, a huge girl geek and gamer, a TV snob, and a wannabe chef.
Books
Creativity
Books
More From Creativity