The 3 New Books to Send You Back to School RN 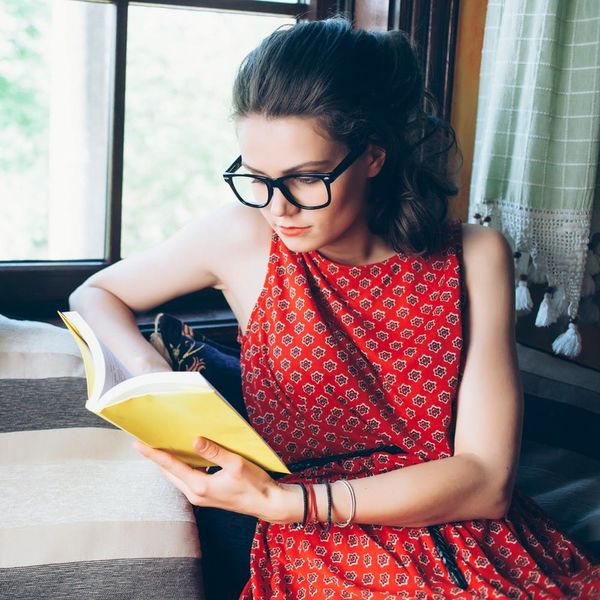 Labor Day is on its way, and for many students and teachers, this is the most agonizing time of the year: time for summer vacation (or the more relaxing summer semester) to wind down, and the fall semester to begin. Though we’re not quite in PST yet (Pumpkin Spice Time), for those still in school (or those who never left), it feels like a new year and a new beginning. To help you actually look forward to those upcoming days of learning, this week’s book club presents three fascinating novels about professors and students trying to find their way. Call it literature class; call it research… just don’t call it homework.

1. The Lesser Bohemians by Eimear McBride ($21): In Irish author Eimear McBride’s new novel, 18-year-old Eily moves to London in 1994 to study drama. (This may appeal to fans of ’90s nostalgia… just try not to think about how today’s incoming freshmen weren’t born for another four years.) She gets more drama than she bargained for when she meets a significantly older actor in a bar, and is quickly seduced by a man full of pretensions, neuroses and demons.

McBride’s first novel, 2014’s A Girl Is a Half-Formed Thing, won all sorts of awards (like the Bailey’s Women’s Prize for Fiction and the Goldsmith’s Prize) for its unusual narrative style, and this sophomore effort is anything but sophomoric, following directly in its footsteps. The narrative is written almost like a play or a poem, with the characters’ scattered and fragmented thoughts on display: “Dampened to fresh-cheeked I go up the stone steps, in amid the already-belonged. Laughing and smoking they verve from the start. Darling! Coifs flying. Surveying each other. One welcome enough to point the Registrar out…His lassitude and longitude like rebuke to my nerves. Thanks. No worries, hey you’ll be alright. One of them now just the same.”

Readers will spend most of the book inside Eily’s head, which most of us would probably admit is a pretty accurate depiction of being eighteen. Like in any good college experience, Eily doesn’t just learn about the theatre; she learns a great deal about herself and her sexuality, as well. “Yes I’ll be fired glass where stray sand has been,” she thinks. “Sifted and lit. Here you’ll make what you’ll be.”

2. Triple Love Score by Brandi Megan Granett ($15): If the dramatic affair of Eily and her actor leaves you in the mood for more romance, you might enjoy a lighter, frothier read about love and Scrabble, in this book that’s full of poetry in motion (and notion). Miranda is a poetry professor at a small college. She’s in her late 20s and her life seems pretty solid, if sedate. Her excitement comes from creating anonymous Scrabble social media poetry that might make her a better living than the strictly “literary” route she’s expected to pursue. Miranda soon faces a parallel tough dilemma in her career and romantic lives: Should she “sell out” and live without attachment, or pursue something more difficult, but perhaps more rewarding?

The dilemma in Miranda’s life comes in the form of two tempting options: an old friend and crush named Scott Cramer who comes mysteriously back into her life with a daughter in tow and six unaccounted-for years in between, versus an equally exciting but potentially explosive relationship with Ronan, a graduate student who resembles “a regular Irish Rob Lowe.” (And here you thought writing a syllabus was the most difficult problem of the semester.) In the meantime, she continues to deal with the psychological repercussions of her mother’s untimely death from cancer during Miranda’s childhood, and her increasing dispassion for her chosen field.

“She read her colleagues’ work because she had to, but she didn’t let poetry seep into her. She didn’t let it touch her soul. With her advisor’s words, poetry joined the long list of things that failed her, things that couldn’t be trusted to remain the same.” Pictures of Miranda’s Scrabble poetry sculptures adorn the pages of the novel. Miranda’s thoughtful dilemma might be familiar to anyone going back to school and choosing between following a passion or security, but the steamy romance might just get your mind off that philosophical impasse for a few hours.

3. Haylow by Gray Stewart ($19): Moving on from drama and literature, we reach the all-important history class (after all, those who don’t learn from history are bound to repeat it, and those who fail history class are too). Travis Hemperly ensconced himself in the study of Viking history, rather than deal with his brother’s death. Leaving his Southern roots behind for a job as a Viking reenactor in Canada, he soon becomes bored and tries his hand at a tenure track professorship in Atlanta. It’s a dream achieved — except for the fact that the historically African American college makes Travis confront the racism, hidden and less hidden, in his own (white) family’s history.

Travis’ discomfort at suddenly being a minority in his work environment forces him to uneasily think about race (author Stewart himself spent 10 years on the faculty of historically African-American Morehouse College, among other schools). He thinks himself disconnected from his people’s unsettlingly racist roots, but can’t completely put them aside, particularly as his own father hosts a talk radio program on WCTR (Confederate Talk Radio). There’s also a nagging rumor about a horrifying incident in which his family may have been involved. What did happen in the small town of Haylow?

Haylow encourages us to question our history, beliefs and values, and to grow from this questioning, which we think is a pretty good description of the point of education.

What books take you back to school? Tag us in your next collegiate read @BritandCo.

Ilana Lucas
Ilana is an English professor, theatre consultant and playwright based in Toronto, Canada. When she’s not at the theatre or insisting that literary criticism can be fun, she’s singing a cappella or Mozart, occasionally harmonizing with the symphony, or playing “Under Pressure” with her rock handbell group, Pavlov’s Dogs.
Home News
More From Home News