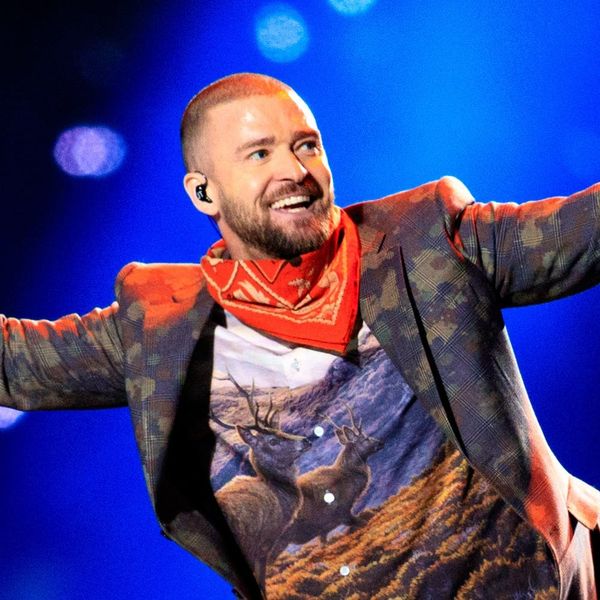 Justin Timberlake is adding another line to his résumé: game show producer. At the TCA summer press tour on Thursday, August 2, Fox announced three new competition shows that will premiere during the 2018-2019 season, and each one comes with a heavy dose of Timberlake-caliber star power.

The “Man of the Woods” singer is acting as executive producer on Spin the Wheel, a new series hosted by Dax Shepard. According to Variety, contestants will compete for large cash prizes in a game that involves an unpredictable 40-foot wheel. We know — Wheel of Fortune and The Price Is Right have giant wheels, too. But on this new show, competitors will have to answer trivia questions, and while right answers may help them earn money, wrong answers put them in danger of losing everything.

“This show is massive on so many levels and has the ability to change people’s lives,” Fox’s Rob Wade told Variety. “We have a charismatic and hilarious host in Dax, an uber-producer in Andrew [Glassman], an insanely creative global superstar in Justin, and one of the biggest prizes in primetime history. We can’t wait to Spin the Wheel.”

Shepard can’t wait, either. “I can’t think of a better job than giving out millions of dollars to nice people,” he said. “It’s my chance to finally be Willy Wonka.”

Shepard isn’t the only one with a new hosting gig, though. Fox also announced that Nick Cannon, who hosted America’s Got Talent from 2009 until 2016, will lead The Masked Singer, which is set to premiere in January 2019. Ken Jeong, Jenny McCarthy, Nicole Scherzinger, and Robin Thicke will serve as panelists.

The show, which is based on a South Korean series, will feature celebrities going head-to-head in a singing competition. However, each contestant will be dressed in an elaborate costume (including a mask) to hide their identity from the host, panelists, audience, and viewers at home. Every week, one person will be eliminated — at which time they’ll reveal themselves.

Rob Lowe is getting into the game show game, too, with a new competition series called Mental Samurai. Contestants must answer questions in categories including knowledge, memory, numbers, and sequencing — and while their brains are getting a mental workout, their bodies will be “transported around the set at high speeds in a specially designed capsule that is capable of rotating 360 degrees,” according to Variety.

“When I was 15, I won big on The $10,000 Pyramid,” Lowe said. “I’ve loved mental competition shows ever since. For me, Mental Samurai is addicting. Every time you play, you think: ‘This time I’m gonna win!’ But this very simple game is almost impossible to crack.”

Which new Fox competition shows are you excited to check out? Let us know @BritandCo!