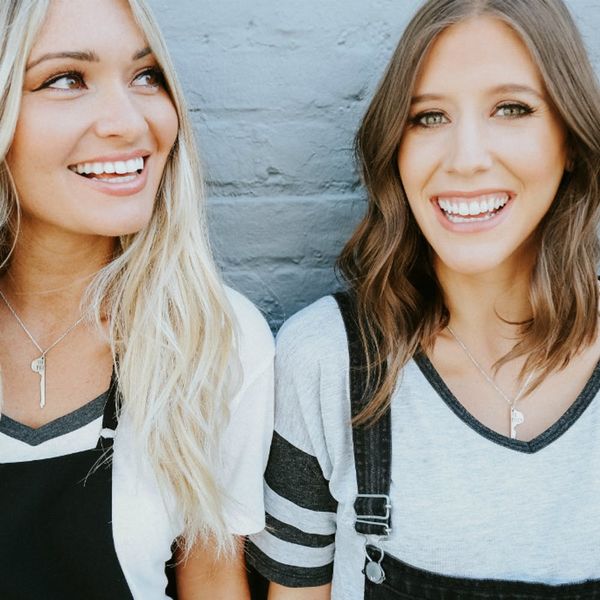 Nearly 10 years ago, Lauren Paul and Molly Thompson decided to tackle the issue of girl-on-girl bullying in schools. Because of their own school experiences, they felt that they were ahead of the conversation — recognizing the immensity of the problem before it became a big topic in the media. Their project, Kind Campaign, began as a college documentary film that grew into a school assembly program in which thousands of students have participated. Lauren and Molly themselves have spoken in 500 schools worldwide, all in an effort to prevent bullying and facilitate something deeper than simply being ‘nice.’

“We see how girls are often taught from a young age to be nice or sweet, which on the surface isn’t harmful,” says Thompson, but that instills certain qualities in girls when there’s no deeper conversation associated with those values.”

That, she explains, can result in a fear of confrontation and open and honest conversation about normal disagreements.

“This can lead to the person ending up talking about another person behind their back — which not only perpetuates the cycle of negative female relationships, but digs a disagreement even deeper,” she says. “If we keep the importance of respecting ourselves and others at the forefront of our minds, and remind ourselves that it is not only okay but necessary to have open and honest conversation about things even when they’re difficult, we’ll find that being kind goes beyond doing something nice in a superficial way.”

The young ladies from the Barnhart and Glenfeliz schools made our hearts feel like ✨🌈✨🌈✨🌈✨🌈✨🌈 today! Check out the special moment we caught in the hallways after the assembly in the last picture! Seeing the girls reconcile their differences, spread love and start conversations is what motivates us to do what we do! 💓💓💓 @laurenpaul8 + @mollymaethomps

It’s an interesting approach — tackling the problem of bullying by countering a stereotypical female fear of confrontation — but there’s another aspect to Kind Campaign, one that empowers girls to know that they can make changes in the world, beginning in their own school.

“When we started Kind Campaign, there was little to no conversation about this issue,” says Paul. “Now, it’s rare that we walk into a school and [not] see or hear sources of positivity down every school hallway. We feel really inspired by all the movements out there that are now encouraging young women to use their voices and to lean on each other.”

“We have always been intentional about keeping Kind Campaign rooted in positivity — even calling our organization Kind Campaign, rather than include “bullying” in [the name] was intentional,” she adds. “We want girls to walk away from their experience with Kind Campaign feeling hopeful and self-confident about having healthy friendships because they’re not only attainable, but accessible. We remind girls that they have the power to change their school hallways and the world, and no one can take that away from them.”

Thousands of Kind Campaign assemblies have been facilitated by faculty, community members and Kind Ambassador volunteers. YOU can facilitate free Kind Campaign assemblies in your local schools at any time! All you have to do is go to www.kindcampaign.com, click the “Book a Kind Campaign Assembly” banner at the top of the homepage and fill out the inquiry form! From there, we will be in touch right away to help schedule all the logistics and guide you through the whole process. Setting up and executing an assembly has been an easy and seamless process for schools across the world! Bring this life changing program to your community today! #kindcampaign #freetobekind

When it comes to awareness, by now both adults and kids know that bullying is a problem. So if girls and young women already know that it’s wrong but do it anyway, how do you reframe that message in a way that actually makes them change their behavior?

She says that it’s incredible to watch every single hand in the room raised for both of those questions. The pair conduct this exercise to show girls that “we have all been on both sides of this issue.”

The bigger picture requires the dismantling of an entire system that turns women into competitors. But showing young girls that kindness, self-respect, and honesty can make a difference today could help to create a generation that refuses to participate in that system.

As Thompson puts it, “Kind acts, when rooted in sincerity and respect, have the power to positively change not only someone else’s day, but your own.”

Has an act of kindness made a difference in your life? Tell us about it on Twitter.

Corrina Allen
Corrina Allen is a film + television + travel writer from Toronto. Her journalistic goals include a backstage interview with David Byrne, the fictional character she identifies most closely with is John Wick, and her favorite dead person is Vladimir Nabokov. She never, ever Instagrams photos of her food (just her dog).
Empowering Girls
Empowerment
Empowering Girls Ladies First