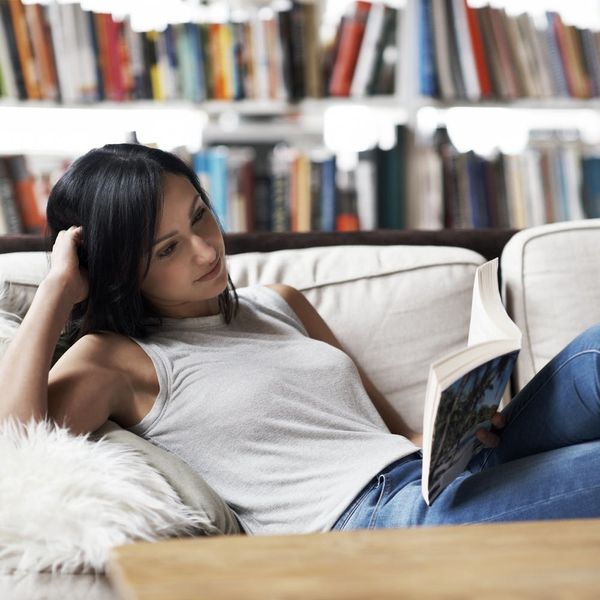 After a few solid months of post-holiday work, we’re ridiculously excited to break our bikinis out of storage and run away to a tropical locale on spring break. But while our suitcase has been packed for months with warm-weather essentials, we’re still on the hunt for an amazing poolside read to really kick-start our relaxing vacay. That’s why we’re excited to announce our hottest YA book picks for March. Happy beach reading, folks!

The fourth book in the mega-popular Dorothy Must Die series, The End of Oz reveals even darker secrets in the alternative history of Oz. Heroine Amy Gumm must stop the evil Dorothy from returning and corrupting the magical land of Oz even more. Get ready for a page-turner, peeps!

Known as the star of Mortal Instruments and Rules Don’t Apply, Lily Collins is a badass in her own right. Now she’s opening up about her own struggles with the things young women face every day, from body image to relationships to self-confidence. TBH, it’s one of those books you’ll want to give to a friend when you’re done.

Listen, we all know that there’s a subtle art of “adulting” that most of us haven’t mastered yet. Luckily, lifestyle vlogger Arden Rose’s newest compilation of essays, lists, and cool art will give you all the real-life advice you could ever need and leave you LOLing.

If you’re looking for a badass heroine to inspire you to conquer the world, Amani al’Hiza is your gal. In this much-anticipated sequel to TheNew York Times bestseller Rebel of the Sands, Amani will do whatever it takes to liberate the desert nation of Miraji.

Thi Bui tells the story of her family’s daring escape after the fall of South Vietnam in this beautifully illustrated graphic novel. This touching story is both heartbreaking and uplifting.

<em>The Inexplicable Logic of My Life</em>

Sal used to think he knew exactly who he was, thanks to his adoptive gay father, his loving Mexican-American family, and his best friend Samantha. But lately, he’s not so sure. In this warm and hilarious coming-of-age novel, Benjamin Alire Sáenz takes a stab at answering universal questions of belonging. We’re totally obsessed.

Most of the people in town believe Carver caused a crash that killed his three best friends with a simple text. With the legal and emotional weight taking a toll, Carver now has to face another unexpected challenge: a “goodbye day” with his friend’s grandmother to share memories and say a final farewell.

Michael Bornstein was just four when he was carried out of Auschwitz in his grandmother’s arms. Looking back at his family’s incredible story of resistance and survival, Michael and his daughter Debbie share an incredible tale that’ll definitely make you Amazon Prime another box of tissues.

Tea is a bone witch, a fact she learns when she accidentally resurrects her brother from the dead. Now she must leave her family and follow a wiser bone witch to another land for training, in this much-anticipated new young adult read.

When Julia covers up a slur on her BFF’s locker at the Kingston School for the Deaf, she’s expecting to be praised, not sent to public school. Whitney Gardner’s ability to tell a story about the realities of living as a young deaf lady means this book definitely deserves to be on your radar.

This is the story of two teen tech enthusiasts who met at a Girls Who Code summer camp and happened to create a viral video game that blew up the damn internet. Now, the young ladies are looking back at this whirlwind adventure and inspiring other young women to learn to code. Yeah, it’s pretty freaking awesome.
Ashley Macey
Ashley Macey is a lifestyle freelance writer who loves all things fitness, wellness, and creativity. When she's not exploring her home in the Pacific Northwest with her dog Max, you'll probably find her curled up with a good book and some hot tea. Follow her daily jaunts on Twitter.
Books
Home News
Books