Niall Horan Is Unrecognizable With His New Hair 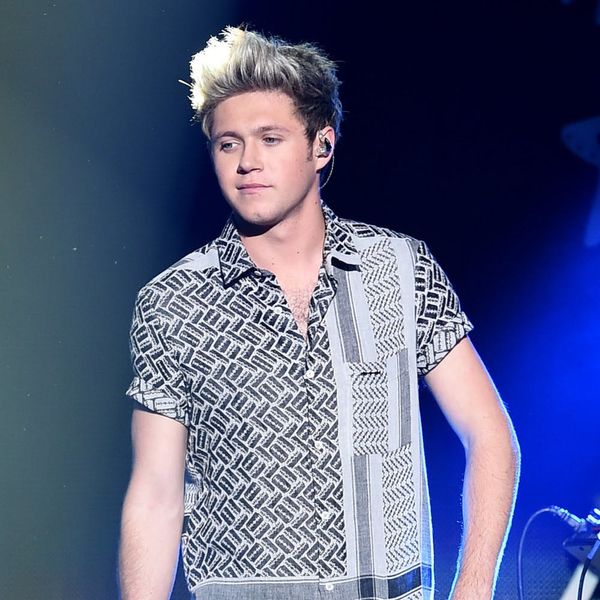 We have something to tell you and we don’t want you to get upset. Are you ready? Niall Horan, one of the four remaining members of One Direction, has dyed his hair. That’s right — his platinum blond locks that helped cement his heartthrob status are no more.

Take a good long look at the pic, because the boybander of the past is no more. Niall replaced his bleached blond pompadour with a much more toned-down look. And, while we’ll miss his signature style, we’re not hating the new one.

After he took home the People’s Choice Award for “Favorite Breakout Artist,” the singer further cemented himself as a solo act by debuting new dark brown hair. He showed off his new color on Wednesday at the Larry King Hairdressing Salon launch party in London. Though, if you scroll through his Instagram, it seems the change wasn’t as sudden as it feels but more like a gradual change over time.

Even with the new hair and song, we still have hope that one day One Direction will reunite again. So does Niall, it seems, as back in November he told Sunday People: “We will back. We would be silly not to… ridiculous,” he said.

What do you think of Niall’s new hair? Are you freaking out? Tweet us @BritandCo!