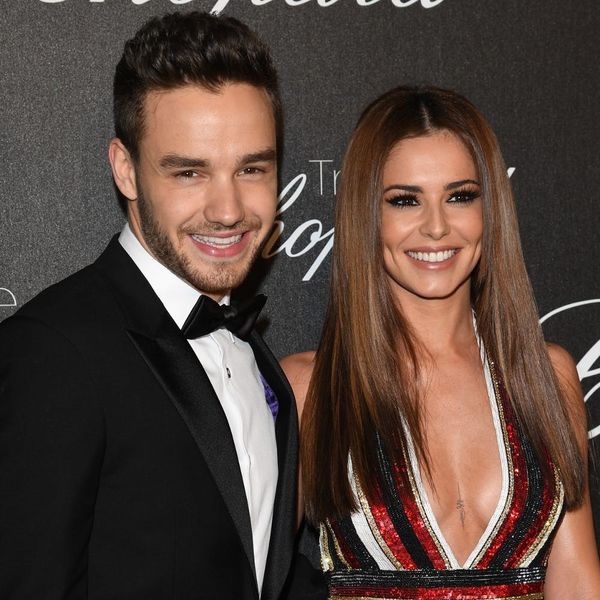 One Direction’s Louis Tomlinson may now be the dad to a tiny baby boy, while former 1D-er Zayn Malik is livin’ it up with bae Gigi Hadid, but now it’s Liam Payne who has the big news. The 23-year-old and his GF, 33-year-old singer Cheryl Cole, have just let the world in on the fact that they’re expecting a baby, and fans are FREAKING OUT!

Though there was no official announcement, the sitch was more than obvious when the pair stepped out to attend The Fayre of St James’s Church in London last night. While Liam looked sizzling hot in all black, all eyes were on Cheryl, who slayed a form-fitting green dress and slick black coat along with thigh-high boots.

But it was her belly that everyone was talking about. A very noticeable (and totally adorable) baby bump was on display with Cheryl in no way trying to hide it. In fact, the pair looked perfectly happy as they walked together through the press and snapping cameras.

And some fans are just as thrilled…

Congratulations to Liam and Cheryl….he seems so happy and I just wish them the best of luck. ❤

So proud of Cheryl and Liam!

Like, imagine having Liam and Cheryl as your parents. Their both out of this world gorgeous, talented, and have such pure hearts. 💖

Though some were shocked by the entire sitch…

Was I the only one who wasnt up to date on Liam from One Direction and Cheryl Cole?!

…i didn't know liam payne and cheryl cole were a thing

lol, Liam Payne and Cheryl Cole having a baby? They were dating? That's a thing?! I'm honestly genuinely fascinated by this. 😆

" Liam and Cheryl "
Liam is going to be dad
Me : I'm so happy for Liam
Also Me : pic.twitter.com/MCUylfqlAK

outside: "I'm so happy for liam! he's going to be a great dad!"
inside:

"Liam and Cheryl are having a baby" pic.twitter.com/T6ZbJKcquh

legit my reaction when i saw these pics of liam and cheryl with her pregnant belly… pic.twitter.com/MIVaKIWdrr

and yall blaming Cheryl I literally got pregnant just by looking at this picture pic.twitter.com/YB25KlU4FQ

the fact that liam met cheryl when he was 14 and she was 24, and now he's having her kid is such a crazy concept pic.twitter.com/6lB6pAOhXN

Ooh la la! WATCH the moment 'parents to be' Liam and Cheryl first met, all those years ago… 🙈 https://t.co/2EbUewNWaz pic.twitter.com/wtbS6q1BHu

Are you surprised by Liam & Cheryl’s baby news? Tweet us @BritandCo!