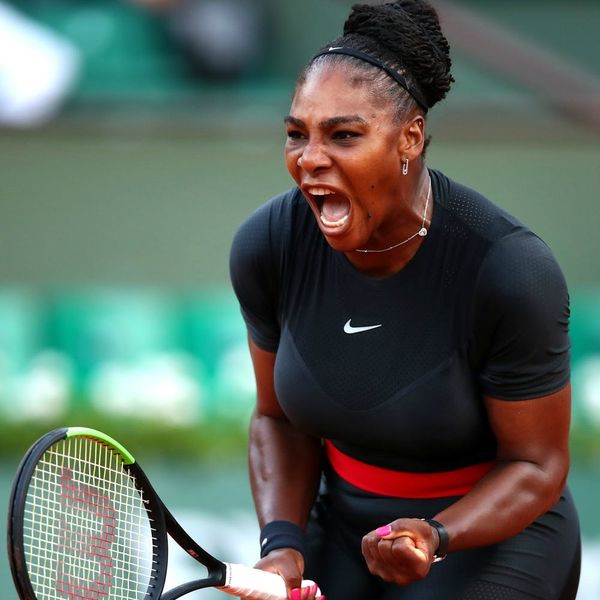 Late last week, the president of the French Tennis Federation sent fans of tennis star Serena Williams reeling after he said that her on-court black compression catsuit would be banned from the French Open going forward. The uniform was designed specifically for Williams by Nike and worn at the French Open back in May of this year — and when the controversy arose, the sporting giant gracefully clapped back.

Posting a picture of Williams in her catsuit across their social media channels, Nike shared a message of support for their star, saying, “You can take the superhero out of her costume, but you can never take away her superpowers.” Nike designed the form-fitting, circulation-enhancing one piece for Williams’ return to the court after complications during childbirth left her with an increased risk for blood clots. Health benefits aside, Williams said the outfit made her feel like a “Warrior Princess” on the court.

French Tennis Federation president Bernard Giudicelli, called Williams’ catsuit disrespectful to the game of tennis, telling Tennis Magazine that the federation would be demanding specs on all players uniforms going forward saying that outfits like the catsuit wouldn’t be accepted because players need to “respect the game and the place.”

With Guidicelli’s words, many in and outside of the tennis world came to Williams’ defense, including glass-ceiling breaking tennis star Billie Jean King, who tweeted, “The policing of women’s bodies must end. The “respect” that’s needed is for the exceptional talent ⁦@serenawilliams⁩ brings to the game. Criticizing what she wears to work is where the true disrespect lies.”

Since the controversy began, the 36-year-old 23 time Grand Slam title holder has taken Giudicelli’s words in stride, telling a pre-US Open press conference that she no longer needs the circulatory support of the catsuit and that she wouldn’t want to be a repeat fashion offender on the court by duplicating the same look at two different tournaments.

And she hasn’t — Williams hit the court Monday for her first US Open game in a striking off-shoulder tutu designed by Louis Vuitton designer Virgil Abloh proving that it doesn’t matter what the GOAT wears, she’ll always dominate.