North West Has the Perfect Name for Her Baby Brother 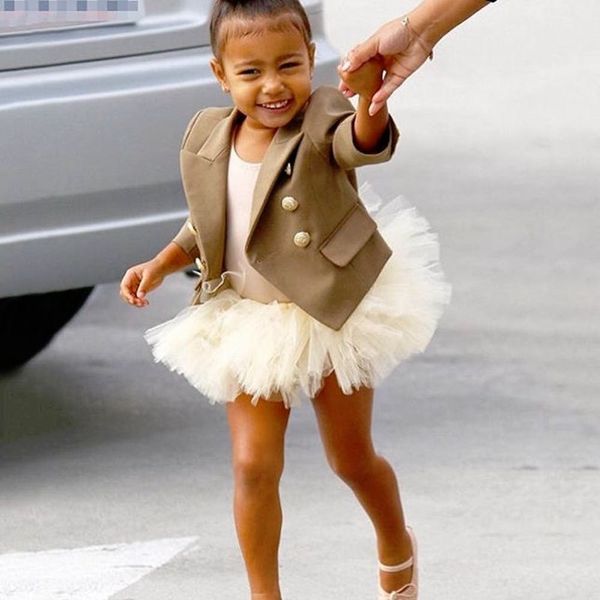 Kim Kardashian West and her husband Kanye are expecting their baby boy next month, and Kim revealed they don’t yet have a name picked out. She previously told Ellen Degeneres that she kind of liked the name “Easton” — but that Kanye wasn’t a huge fan. In spite of rampant speculation and rumor, the Wests are planning on letting the name just “come to [them],” which is how their two-year-old North got her name. “We didn’t name her for, like, seven days,” Kim told People Magazine. Luckily, big sister North West also has a baby name picked out just in case Easton West falls through.

North’s adorable baby name pick? Baby Brother. Kim told People that when they ask North what the name ought to be, North’s response is always “Baby Brother.” Well, at the end of the day, that’s exactly who he’ll be. North West’s baby bro. Who needs more name than that? Plus, he could shorten it to B.B. West. That has a nice ring to it. Kim also revealed that not only is the rest of the world tuned in to baby name picks, but it’s kind of a family sport at this point as well. Kourtney’s kids Mason and Penelope “come up with different names all the time,” says Kim. “I think it’s so funny.”

We want to hear what these baby name suggestions might be — but for now, we’re really digging Baby Brother.

What do you think of North West’s baby name pick? Tell us in the comments below!

Kimberly Wang
Kimberly Wang writes about all things pop culture, tech, style, and beauty. She's a Bay Area transplant and has an MFA in Creative Writing from Columbia University. On a sunny New York day, you can find her hanging out with her mini schnauzer Isabelle Jellybean on a blanket in Central Park.
Celebrity Baby
Pop Culture
Celebrity Baby Celebrity Baby Names Kardashians
More From Pop Culture