NBC Boss Wants to Revive The Office, 30 Rock, The West Wing, and ER 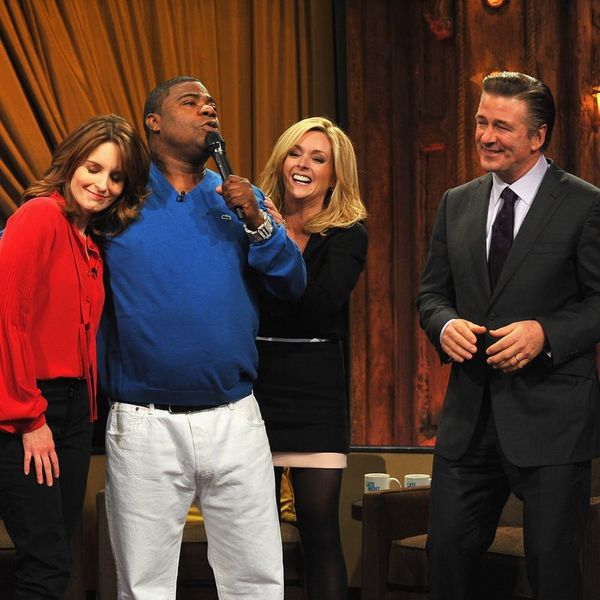 If there’s a show you loved in the past, you’d better believe a reboot has been considered. While some revivals have already been given the green-light — we’ll be seeing you soon, Will & Grace and Dynasty — and others are still just in the speculative stage — *waves at Beverly Hills, 90210, Gossip Girl, Charmed, Buffy the Vampire Slayer, and Blossom* — there are still more shows on network executives’ wish lists. NBC’s Bob Greenblatt, for one, said he’d be open to reviving The Office, 30 Rock, The West Wing, and ER.

“We often talk about The Office,” Greenblatt told Deadline of the documentary-style comedy that signed off in 2013. “I’ve talked to Greg [Daniels, who developed the US version of the hit British series] four times over the past few years. It’s always, ‘Maybe someday but not now.’ There is certainly an open invitation but we don’t have anything happening right now. If he wants to do it, I would do it.” (OMG!)

He shared a similar sentiment about 30 Rock, revealing that he’s reached out to creator and star Tina Fey about bringing it back. “I’d say to Tina, ‘Hey, you think some more 30 Rock makes any sense?’” Greenblatt explained, adding, “She’d say, ‘I don’t know, maybe.’“ (Maybe?! How about YES, ABSOLUTELY!)

You can also thank Greenblatt for going to bat for a couple of our other all-time favorite shows. While working with Aaron Sorkin on a live production of A Few Good Men, Greenblatt has repeatedly floated the idea of reviving Sorkin’s Emmy-winning drama The West Wing, which aired its final episode in 2006. “I keep saying to [Sorkin], ‘Do you want to do The West Wing again, wouldn’t it be great to do it?’ He says, ‘You know I love that show and someday I’d love to revisit it, but it’s not going to happen right now.’ I’ve said it to John Wells on ER, but there is nothing concrete except Miami Vice, which is something that we are reviving.”

Greenblatt explained that NBC is being selective when it comes to revivals, opting for only “the flashiest, the best things” to bring back. He added, “It’s not an easy thing to crack [a revival], expectations are so high and you’ve got to get it just right.” Fair enough. However, he did admit, “If Tina called and said ‘I’d do 30 Rock,’ I’d do it in a heartbeat, even for a limited run. The same about The Office.” Now THAT’S good to hear. C’mon, Tina Fey and Steve Carell, let’s make this happen!

Would you like to see The Office, 30 Rock, The West Wing, and/or ER come back? Let us know @BritandCo!