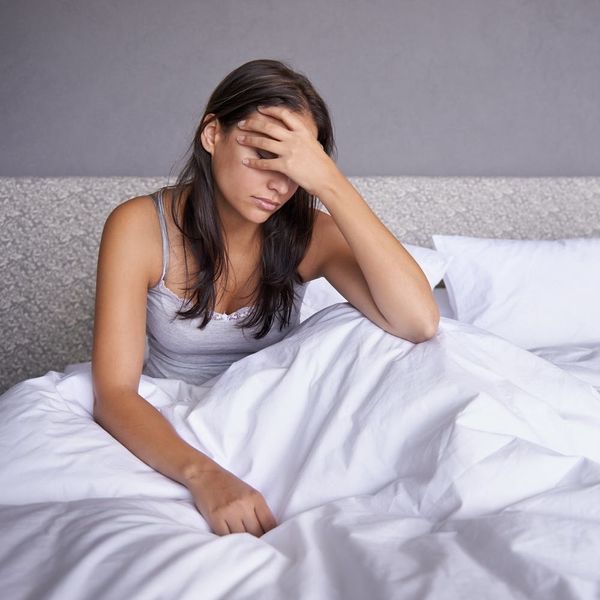 Ever since the first of our ancient ancestors had a bit too much fermented fruit, humans have been trying to “cure” the morning after-effects of alcohol. While now we’re most likely to reach for an energy drink and an aspirin, people throughout history have had some more creative (and less palatable) solutions. Next time you wake up heavy headed and dry-mouthed, don’t try these at home.

1. Pickled Sheep Eyeballs: Big victories on the battlefields of 13th-century Mongolia called for big celebrations, which also meant big hangovers for Genghis Khan and his army. Their go-to solution was pickled sheep eyeballs. A version of this recipe still exists in Outer Mongolia, where the eyeballs are suspended in tomato juice. This take on a Bloody Mary is a little too literal for us.

2. Roasted Sheep Lungs: Sheep were also on the menu for hungover Romans, who were less about the eyes and more about the lungs. The lungs were roasted and eaten before a big night on the town, an approach to drinking popularized by the Roman philosopher and naturalist Pliny the Elder. Alternatively, he recommends burning a swallow’s beak that has been “bruised with myrrh” and mixing the ashes with wine to “prevent intoxication.” Pliny was clearly not a vegetarian.

3. Owl Eggs: Pliny the Elder also had some advice for those who’d forgotten to fortify their pre-party stomachs with sheep lung or wine flavored with swallow beak: “The eggs of an owlet, administered to drunkards three days in wine, are productive of a distaste for that liquor.” This wasn’t a hangover cure so much as a way of putting you off future drinking. It’s not clear whether the person is supposed to have been drunk for three days, or if the eggs are meant to rest in wine for three days, but either way, it sounds like it would have the desired effect.

4. Ivy Juice: Not the juicing that we’re used to in the 21st century. In 1618, a document called the Pharmacopoea Londinensis was drawn up by an organization called the Worshipful Society of Apothecaries of London, listing which medicines members of the group could dispense. In 1649, a herbalist and astrologer called Nicholas Culpeper translated the document from Latin into English, because he believed it was important for everyone to understand how to use medical plants, not just people with specialist training.

Included in the list was a treatment for hangovers. According to an entry about tree ivy, “the juice snuffed up in the nose purgeth the head, it is admirable for surfeit or head ach [sic], or any other ill effects coming of drunkenness.” The word “surfeit” refers to an indulgence in something you want — in this case, alcohol. Supposedly, the list says, this is why Bacchus, the Roman god of wine, is often portrayed wearing a crown of ivy. To prepare the ivy, “Your best way is to boil them in the same liquor you got your surfeit by drinking.” That kale smoothie doesn’t sound so bad now.

5. Victorian Laxatives: If you were a Victorian who woke up feeling unsettled in the stomach after a night on the ale, one of the products vying for your hungover dollars was Red Raven Splits aperient water, which was a mild laxative. It wasn’t the product itself that caught buyers’ eyes: The founder of the Red Raven Corporation, William Kountz Jr., gained fame not for his medicine but for his humorous stories about a fictional man called Billy Baxter, which were published as promotional materials for Red Raven Splits between 1888 to 1889. People loved the stories so much that they were persuaded to also buy the water at the same time as getting the next edition. In addition to “curing” hangovers, advertisements promised, “If you eat too much, drink too much, or smoke too much, you will find a bottle of Red Raven Splits will cool the blood and clear the head.”

Kountz died in 1899, aged only 31, but the bitter-tasting aperient water was sold in stores, bars, and train cars into the ‘30s, with tongue-in-cheek taglines including “For the high liver’s liver.”

6. Mysterious Powder: Another product that benefited from some clever marketing was called Mer-Syren. It was a powder invented by Captain Arthur Neagle while he was in Singapore in 1905; it was originally intended to treat seasickness. After Captain Neagle retired from the seaman’s life in 1907 and returned to Essex, England, he focused on marketing his invention to landlubbers. Mer-Syren was touted as a solution to indigestion and headaches, including those caused by a heavy night out.

A promotional booklet supposedly written by a Dr. Pearson claimed that the powder is not a drug, it’s a “Mer-Syren 10-Minute Health Lesson,” and it is “composed of the active principles of certain rare plants which flourish in the valleys situated on the southern slopes of the Himalayas.” Dr. Pearson implies that Mer-Syren’s powers extend beyond fixing an upset stomach: “Mer-Syren immediately operates upon any organ or tissue whose functions may be in any way deranged.” These claims aroused the suspicions of the British Medical Journal. In a 1911 article called The Composition of Certain Secret Remedies, they investigated the composition of the powder and found that it was actually just potato. We’ll stick with fries.

7. Coca-Cola and Milk: This last one is maybe the most palatable (depending on how you feel about sheep eyeballs) and it comes with a fabulous origin story. Just after midnight on December 28, 1938, New York society gathered at the Ritz Carlton for the coming-out ball of Brenda Diana Duff Frazier, “the richest, prettiest and most publicized debutante of the year,” according to a newspaper report about the event that was published nationwide later that day.

The party cost $75,000 (over $1.3 million today), and some of the money went towards not one, not two, but four bars, one of which was for Champagne and another of which was dedicated solely to “hangover cures.” Invented by the Ritz’s banquet director M. Adolphe Jeantet, the so-called cure was made by squirting Coca-Cola into milk. There might be something to this concoction — at least, the cola part of it. Coca-Cola was invented in 1886 in Atlanta, GA as a “brain tonic” and all-around restorative pick-me-up, with the then-unique blend of sugar, fizz, and caffeine boosting the drinker’s energy. You can’t really cure a hangover, but if you are going to try one of these recipes, that might be the least risky option.

Do you have a strange solution to soothing a hangover? Share it with us @BritandCo.

Natasha Lavender
Natasha Lavender is a Londoner living in Chicago, and is fluent in British and American. She writes about pop culture, health, lifestyle, feminism, fashion, and interviews with interesting people, and has previously worked for Good Housekeeping magazine, Buzzfeed, and Hello Giggles. She loves podcasts, running, reading, dogs and cats equally, and peanut butter anything.
Healthy Living
Health
Healthy Living