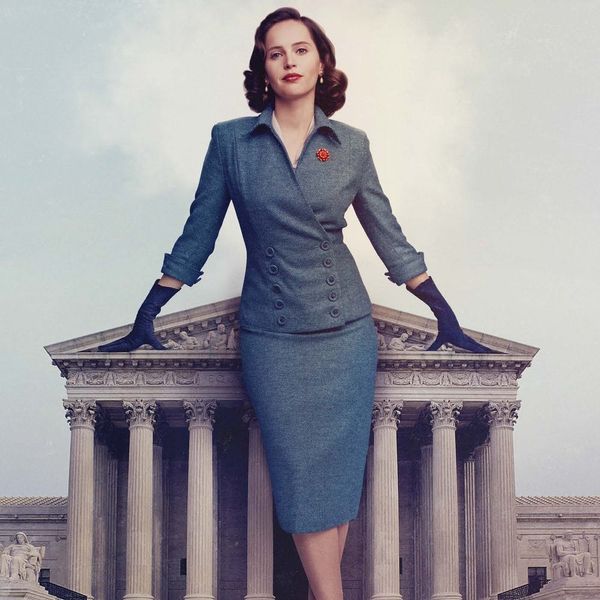 Following the successful spring release of a documentary on US Supreme Court Justice Ruth Bader Ginsburg, a feature-film biopic starring Felicity Jones is also set to be released, and the first trailer promises a powerful look at an inspiring life.

On the Basis of Sex tells the true story of Ginsburg’s remarkable career, including her fight to bring a groundbreaking gender equality case before the US Court of Appeals.

The trailer opens with an overhead shot of Bader Ginsburg walking into law school, standing out as the only woman in a sea of men. A voiceover by Jones, who stars as the iconic lawyer, is heard listing many of the inequalities women face in the eye of the law — including that they must apply for credit cards using their husbands’ names and that they aren’t allowed to work overtime.

Bader Ginsberg can also be seen telling her husband Marty, played by Armie Hammer, that the realities for women in the legal field are every bit as difficult. “One [potential employer] said women are too emotional to be lawyers. Another told me, ‘A woman graduating top of her class must be a real ballbuster.'”

Eventually, Bader Ginsberg starts reading about a man who was discriminated against because of his sex, and works to take it to the court of appeals in order to establish a precedent in gender discrimination. While speaking with her daughter about the strains the difficult case has put on their family, Bader Ginsberg’s daughter Jane (played by Cailee Spaeny) poignantly says, “Who was it for if not for me?”

On the Basis of Sex also stars Justin Theroux, Kathy Bates, and Sam Waterston, and by the looks of it, could be a contender come awards season. It opens in theaters on Christmas Day, December 25.

Will you check out On the Basis of Sex in theatres? Let us know @BritandCo!