11 #OscarsSoWhite Tweets That Totally Nailed It 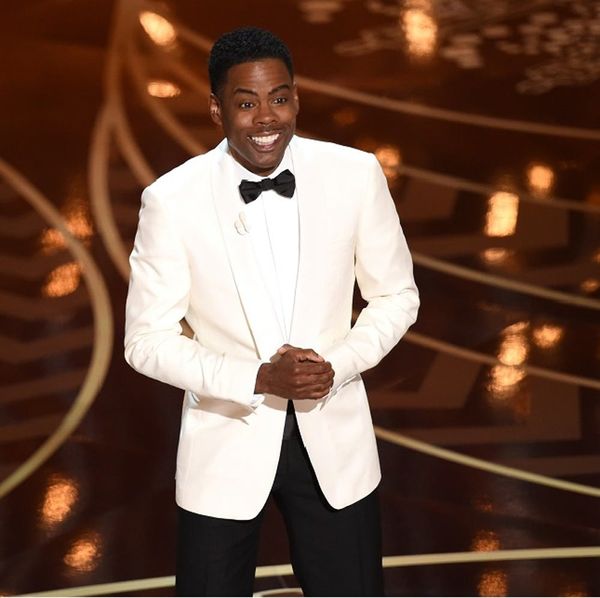 The 2016 Oscars were trending with hot topics leading up to tonight’s telecast, but the one that had everyone talking was the fact that there were no African American nominees in the major categories this year. Which is actually crazy. When nominees were announced way back in January, many called for a boycott, even asking that host Chris Rock step down as MC of the telecast. While much of Hollywood did not boycott the awards, many stars have been incredibly vocal about the issue. Here are a few of the best tweets calling out the Academy and showing that #OscarsSoWhite (and #HollywoodSoWhite) needs to end this year.

Us rn waiting for @chrisrock's opening speech at #OscarsSoWhite pic.twitter.com/Wuhd0myBwC

BET let everyone know how excited they were to see what Chris Rock would throw down.

The Oscars are today! You know, the awards show where Leonardo DiCaprio is "overdue" but black people can "wait till next year."

Icon Bette Midler wasn’t mincing words in anticipation of the eve’s events, and she totally nailed it.

#ChrisRock Thanks for going full on about #OscarsSoWhite. Whatever discomfort you're causing is worth it.

There are more cartoons presenting on the #oscars than black people #OscarsSoWhite pic.twitter.com/HCEOXPBiLf

This #ChrisRock monologue is more effective than boycotting the #OscarsSoWhite

So far no misses by Chris Rock's #OscarsSoWhite crusade. #Oscars

As the show continues, Rock continues to point out racial issues while keeping the show light and funny — something we think only he could achieve.

Chris rock is the best thing that could've happened during the Oscars. #OscarsSoWhite

Straight out of Compton was one of the best movies this year…so yes they are "Straight Out Of Touch" lol https://t.co/rjahDuINkk

Straight Out of Touch has a pretty accurate ring to it.

"Boycotting (the Oscars) because of an all-white ballot? Guess they won't be voting in this year's democrat primary either." Sherry Johnston

What was your favorite moment leading up to this year’s Oscars? Tell us @BritandCo!