All the Deets on Paris Hilton’s MASSIVE Engagement Ring 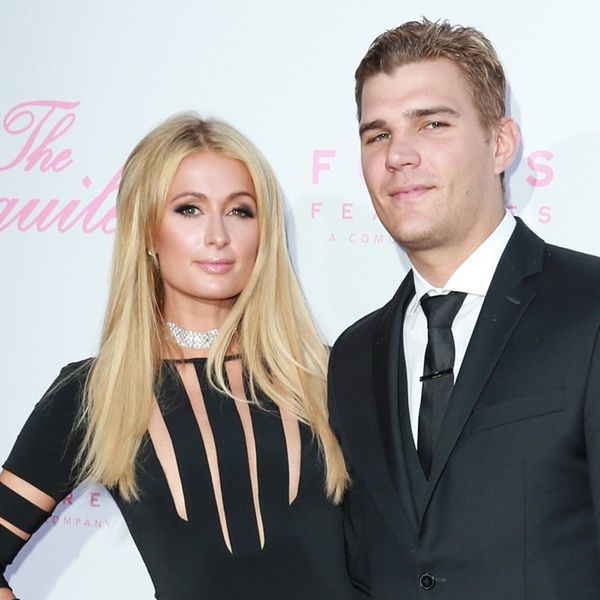 Paris Hilton had quite the weekend! Not only did the DJ ring in the New Year with plenty of gal pals in Aspen, Colorado, she also got engaged to her love of just under a year, Chris Zylka, with a fairytale mountaintop proposal — and a stunningly massive pear-shaped rock!

According to diamond expert and celeb jewelry Michael Greene, the ring was actually inspired by a ring of Hilton’s mother, Kathy Hilton. “Paris at one time told Chris she really loved her mother’s pear-shaped diamond, and when Chris came to me, that was his request,” the jeweler revealed to People. “The pear-shaped really jumped out for him and ultimately for her. He did some fishing, but in the end, it was all him. He’s a smart guy, and he hangs out with the family, and I think he realized how much she liked her mom’s ring.”

The jewelers reportedly worked overtime to create the piece in time for the couple’ s trip to Aspen, finishing the ring, which would normally take them three weeks to make, in just two days. “He wanted to do everything perfectly,” the Greene recounted. “He wants the best thing for his princess.”

The most romantic moment of my life! 😍💎 #Engaged 👰🏼

In fact, Zylka, 32, even set up a meeting with her father, Richard Hilton, to ask for her hand. “He did the whole thing,” Greene dished. “All the traditions.”

From the sounds of things, the actor nailed it — As the fragrance queen told the mag, “The ring was so gorgeous and sparkling. I was shaking as I put it on. It is the most beautiful ring that I have ever seen!”

What do you think of Paris’s huge rock? Share with us over @BritandCo.

Nicole Briese
Nicole is the weekend editor for Brit + Co who loves bringing you all the latest buzz. When she's not busy typing away into the wee hours, you can usually find her canoodling with her fur babies, rooting around in a bookstore, or rocking out at a concert of some sort (Guns N' Roses forever!). Check out all her latest musings and past work at nicolebjean.com.
Celebrities
Wedding Style
Celebrities Celebrity Couples Celebrity Engagement Engagement Engagement Rings
More From Wedding Style