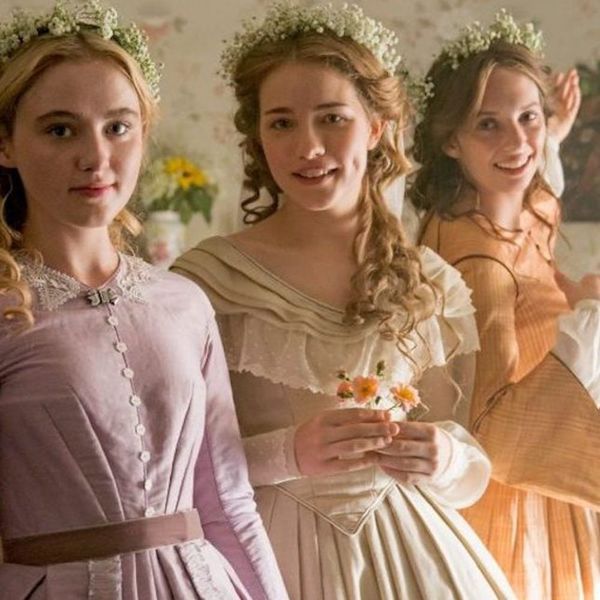 Pulling off a great remake can be tricky, but PBS and BBC One are aiming to do just that with one of the most classic tales of all time. Just in time for Christmas, the Masterpiece network has gifted us with our first glimpse of their upcoming three-part adaptation of Little Women, and from the looks of things, so far, so good!

Telling the story of four young sisters coming of age in the Civil War era, the clip captures the girls’ happier days frolicking through the fields, as well as their more heartbroken ones, with Marmee telling a young Jo, “Sometimes, we simply have to do the bravest thing,” as tears stream down both of their faces.

Despite having some very large, Susan Sarandon, Winona Ryder, Claire Danes, and Kirsten Dunst-sized shoes to fill thanks to the 1994 film version of Louisa May Alcott’s 1868 novel, Emily Watson (Marmee), Maya Hawke (Jo), Willa Fitzgerald (Meg), Annes Elwy (Beth), and Kathryn Newton (Amy), seem to hold their own, with Angela Lansbury rounding out the cast as the disagreeable Aunt March.

BBC One also showed off a snippet of the program’s first episode, which shows the girls debating the merits of everything from Christmas presents to womanhood, with Jo proclaiming to the chagrin of her sisters, “Being born a girl is the most disappointing thing that’s ever happened to me!”

Will you be watching Little Women on PBS? Share with us over @BritandCo.

Nicole Briese
Nicole is the weekend editor for Brit + Co who loves bringing you all the latest buzz. When she's not busy typing away into the wee hours, you can usually find her canoodling with her fur babies, rooting around in a bookstore, or rocking out at a concert of some sort (Guns N' Roses forever!). Check out all her latest musings and past work at nicolebjean.com.
Books
Movies
Books Movies