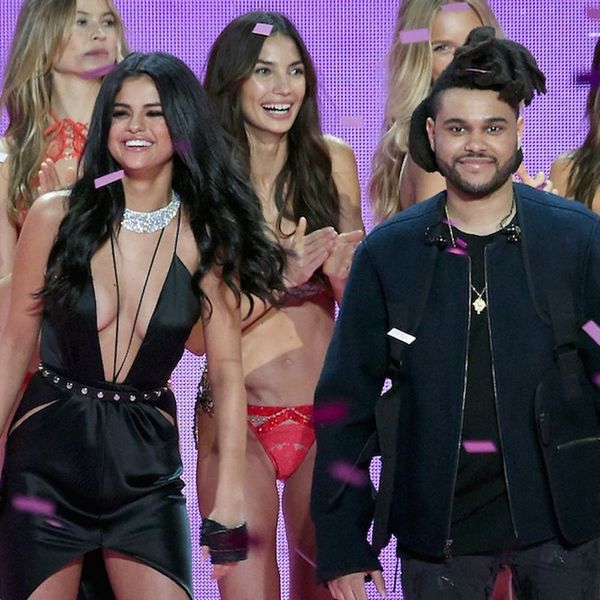 Selena Gomez and The Weeknd haven’t been ~a thing~ very long, but almost as soon as they were spotted together, the drama has followed. The Weeknd’s ex Bella Hadid was thought to be throwing some shade the new couple’s way, while conspiracies that their romance is staged — a la Hiddleswift theories — are starting to gain some momentum.

Of course, it’s not all haters, and whatever the actual status of the relationship, some people seem to be shipping it so hard that they can’t help but compare Selena and Abel to a married couple — and more specifically, to Selena’s parents. A photo of Selena’s parents when they were young and married has been put side-by-side with a recent pic of Selena and the Weeknd, and fans have quickly become obsessed.

The (absolutely adorable, BTW) photo of Selena’s parents can be dated back to the early ’90s, not just because of the perfectly teased hair and fashion, but because of wee baby Selena, who was born in 1992. The current photo of Selena and The Weeknd have some similarities for sure, though mostly it just highlights how much Selena is a total combo of her parents’ looks!

@kicked2thecurbproductions my momma. I sit back and think about how much she has done and shown me.. it truly has blown me away. She teaches me most about life and I couldn't be luckier to have a partner like her in life

If anything, we hope the photo comparison leads to a hilariously awkward convo between Selena and Abel about how people are already comparing them to an old married couple. Or, who knows — it might even inspire a real conversation about marriage! Either way, it’s clear the fans are far from analyzing this young love, and we’re totally here for it.

Do you see the resemblance in the photos? Let us know over @BritandCo!