This Charger Will Make Sure Your Phone Never Dies Again 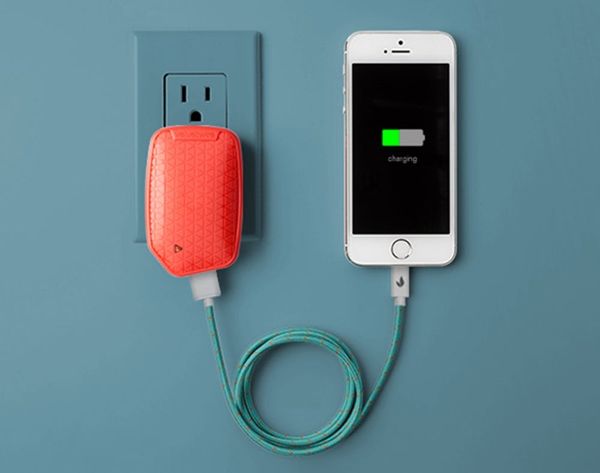 Chargers can really save the day, but they can also put us in a rotten mood. Sure, they’re amazing when you need to juice up your phone — if you happen to have one when you’re in the red. For all the trouble they cause (getting lost, getting tangled, hogging all the plugs, not being there when we need them most) sometimes we wish they were a little, well, smarter. The intelligent phone charger called Powerslayer Blu might make that dream a reality.

First conceived by a new company called Velvetwire as a simple tool for boaters, hikers and anyone else without a traditional charger nearby, Powerslayer has several smart features to save you time and energy (not to mention ensure that you never leave the house without a charged phone again).

The charger works just like what you’ve been using already to give your phone a boost, and so much more. Powerslayer alerts you when you’ve reached a full charge, helping you save energy and eliminating wasted power. You can use it in two ways: Boost mode charges faster but uses more energy while an eco-mode takes slightly longer but saves on energy use (and bills).

Even better, you can control the entire process with the corresponding app, which illustrates your current power levels, sends you alerts about your power usage, shows you information about your battery use over time and even lets you compete with friends on the app to see who can use the least amount of power.

But perhaps the greatest feature that caught our eye was the ability to choose a charging target. So if you’ve spent too long Instagramming or chatting with friends before you have to rush out the door, you can ask the app to charge your phone to a designated level of battery, as fast as it can. Sure it may not be a full charge, but it’s better than nothing, right?

Powerslayer Blu will soon be available for purchase, costing about $90 each.

Would you be willing to drop so much money just to charge your phone? Tell us why (or why not) in the comments!)

Nora Landis-Shack
Nora is a writer, photographer, foodie and feminist. After living in New York City for 23 years, she recently moved San Francisco and can't wait to explore. When she's not pursuing her interests in health and technology, she loves hiking, yoga, playing piano and squealing over kittens as an ASPCA volunteer.
Eco-Friendly
Tech
Eco-Friendly
More From Tech