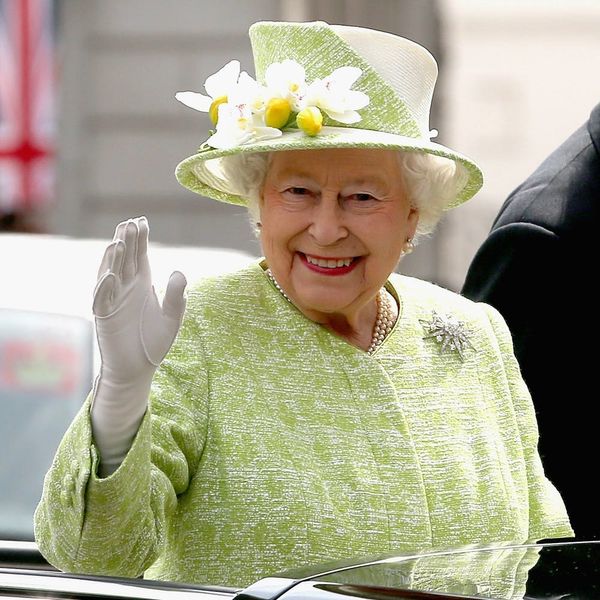 Hold the bus — did the Queen just throw shade at the Obamas? The answer, believe it or not, is a resounding YES. Though the First Couple recently traveled to Kensington Palace for dinner with the Duke and Duchess (and met Prince George in truly heartwarming fashion), a mock Twitter war of epic proportions ensued last night when an Invictus Games challenge was issued, and all hell broke loose when the Queen herself got involved.

While Michelle Obama was a key supporter in bringing Harry’s cause — a sporting competition for injured veterans — to the US (the next games will be hosted in Orlando from May 8-12), she wasn’t at all shy about throwing out the first punch with a little friendly rivalry, posting this hilarious video to her Twitter account.

Hey, @KensingtonRoyal! Are you ready for @InvictusOrlando? Game on. pic.twitter.com/S34KrEv5Is

“Hey, Prince Harry,” Michelle says, “Remember when you told us to bring it at the Invictus games?”

“Careful what you wish for!” President Obama chimes in beside her.

Not to be outdone with regard to a cause so close to his heart, Prince Harry quickly responded, tweeting these foreboding statements.

Wow @FLOTUS and @POTUS, some @weareinvictus fighting talk there! You can dish it out, but can you take it? – H.

“How on Earth am I going to top that?” the Prince mused.

It wasn’t long before he figured it out. Clapping back at the couple with a little video of his own, Prince Harry enlisted some, uh, royal help to completely shut the pair down that had us in absolute hysterics.

Unfortunately for you @FLOTUS and @POTUS I wasn't alone when you sent me that video 😉 – H.https://t.co/sjfSQvkzb6

“Oh really,” her royal highness scoffs as she views the US-issued challenge. “Please!”

Whaaaattttt!!! Hey, NO ONE messes with the Queen’s grandson — not even the Obamas! We have no idea how the two plan to get one up on Harry after THAT epic shade, but we’ll certainly be amused watching them try. Best. Twitter Fight. EVER.

Who do you think won this round? Sound off over on our Twitter page @BritandCo!

Nicole Briese
Nicole is the weekend editor for Brit + Co who loves bringing you all the latest buzz. When she's not busy typing away into the wee hours, you can usually find her canoodling with her fur babies, rooting around in a bookstore, or rocking out at a concert of some sort (Guns N' Roses forever!). Check out all her latest musings and past work at nicolebjean.com.
Royal Family
Celebrity News
Royal Family twitter
More From Celebrity News