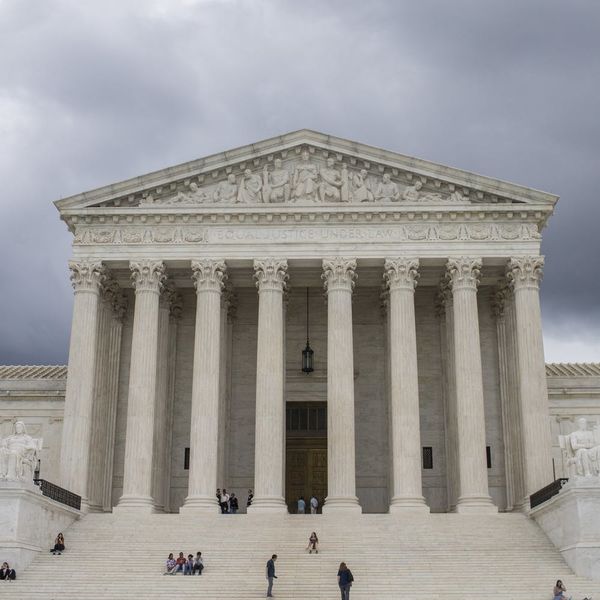 The nation learned last week that President Trump has the opportunity to add another justice to the Supreme Court. On June 27, Justice Anthony Kennedy, frequent swing voter on the Court, announced that he is retiring. Trump has sifted through a list of more than 20 possible nominees and reportedly narrowed it down to three main considerations, according to the Associated Press. Regardless of who Trump ultimately nominates, their confirmation to the Supreme Court will have serious and lasting consequences.

There are many imminent concerns regarding a SCOTUS that is stacked with right-wingers, including the possibility that Roe v. Wade will be overturned. With three conservative federal appeals judges filling out Trump’s latest list of possible nominees — Amy Coney Barrett, Brett Kavanaugh, and Raymond Kethledge, according to the AP — the rights of many are at stake.

Here’s what you need to know about the judges Trump is considering for the Supreme Court.

Coney Barrett currently serves as a judge in the Seventh Circuit Court of Appeals, and is based in South Bend, Indiana. She was appointed by President Trump and confirmed by Congress last spring. Previously, Coney Barrett worked as a professor of law at Notre Dame and clerked for Justice Antonin Scalia, a right-wing justice who died in 2016.

Coney Barrett is Catholic, raising concerns that she would be inclined to overturn Roe if she served on the Supreme Court. California senator Dianne Feinstein questioned Coney Barrett about her religious beliefs during Coney Barrett’s confirmation hearings last year. “The dogma lives loudly within you,” Feinstein said of Coney Barrett’s past speeches. In the past, Coney Barrett has said that she believes human life begins at conception.

Kavanaugh currently serves as a judge in the District of Columbia Circuit of Appeals. He’s worked in the DC Circuit since 2006, when he was appointed by George W. Bush. Before his federal judgeship, Kavanaugh worked in the Bush administration in the Executive Office of the President as Staff Secretary. He previously clerked for Justice Kennedy.

Last year, Kavanaugh wrote a majority decision that prevented an undocumented teenager from getting an abortion. The decision was later overturned. In past opinions, Kavanaugh has argued against the Affordable Care Act and the Clean Air Act. He also famously represented Elián González, a minor from Cuba, after the now-defunct Immigration and Naturalization Service decided to deport González.

Kethledge is another conservative judge. Based in Michigan, Kethledge serves on the Sixth Circuit Court of Appeals. Like Kavanaugh, Kethledge also served as a clerk for Justice Kennedy. He issued an opinion in 2012 that forbade private citizens from suing the state of Ohio under the Clean Air Act. In general, Kethledge has not ruled on as many “controversial” issues as some other appellate judges, according to Detroit News.

However, Kethledge worked under Republican Michigan Senator Spencer Abraham, who has pursued a federal abortion ban.

No matter who Trump nominates, they are certain to be a conservative who will imperil reproductive, immigration, and other basic rights. The three remaining judges are all under 60, which means they could serve on the Court for decades. Trump has said he will announce his official pick on Monday before he leaves for Europe.

Trump’s pick will be questioned by Congress, which has the ultimate decision over whether or not a nominee becomes a justice. Because Republicans currently dominate both chambers of Congress, however, it’s likely Trump will be able to place his top choice on the Court.