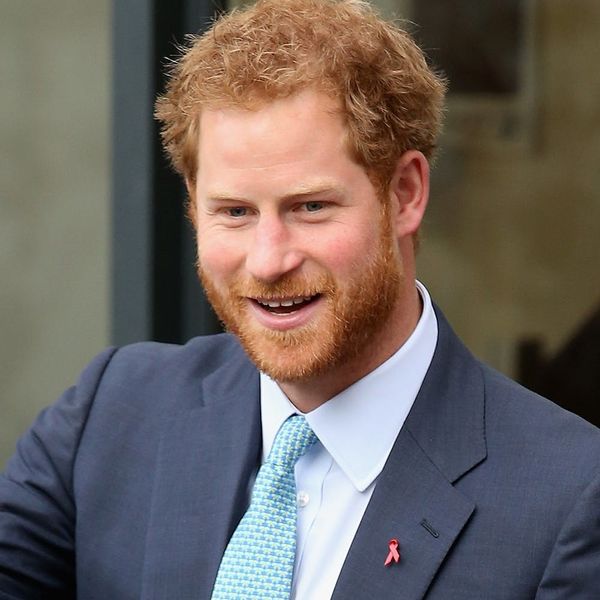 Those royals sure do know how to nail a Christmas card photo. Last week, Prince William and Kate Middleton gave us an early holiday treat with an adorable snap of their whole family, and now it looks like Prince Harry has followed suit. While we’d totally love to see Harry embrace his silly side with hilariously single Christmas cards, like this amazing woman from Texas, the photo he chose is doing a pretty great job of making us fall even more in love with the handsome royal.

The snap, which was shared on Twitter this morning, is captioned, “Merry Christmas from Prince Harry! Here’s his Christmas card photo showing one of his favourite moments from 2015.” Here Harry is holding hands with Tom Neil, a 95-year-old Battle of Britain veteran. The two met back in September when Prince Harry made an appearance at the 75th anniversary commemoration of the battle victory on his 31st birthday. Prince Harry had planned to pilot a jet for a flypast (a ceremonial flight), but because of poor weather conditions he elected to forfeit his seat to Neil, who is the last living Royal Air Force ace (AKA military aviator).

We think it’s safe to say this is going to make all those shirtless selfies on Tinder look extra terrible today.

What’s been your favorite celebrity Christmas card you’ve spotted so far this season? Share with us on Twitter @britandco.

(Photo via @kensingtonpalace and Chris Jackson/Getty)