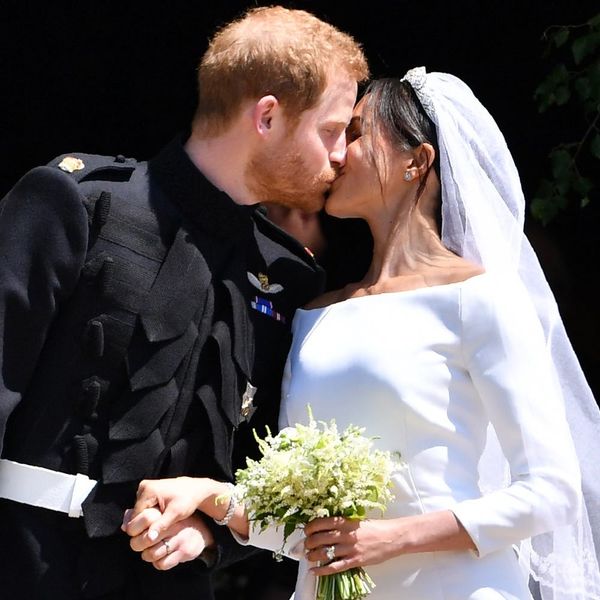 What’s a wedding without a kiss to seal the deal? Shortly after Prince Harry and Meghan Markle said “I do” in Windsor, the couple stepped outside to greet the crowd and share a sweet kiss.

The public kiss is a long-standing royal wedding tradition. Prince Charles and Princess Diana did so in front of the crowds after their wedding in July 1981, and Prince William and Duchess Kate Middleton famously shared a peck on the balcony of Buckingham Palace after their ceremony in 2011. However, Prince Harry and the now-Duchess of Sussex, wearing a Givenchy gown, were married at St. George’s Chapel, where there is no balcony.

Instead, the newlyweds paused beneath an archway of flowers at the top of the stairs, and while holding hands — as they did during most of the ceremony — the prince kissed his bride.

The couple then climbed into the Ascot Landau carriage to begin their procession through the streets of Windsor. Thousands of members of the public cheered as the newlyweds made their first public appearance. After arriving at the castle, they will attend their first formal reception with 600 guests, then a party later tonight with 200 friends and family.

What did you think about Harry and Meghan’s kiss? Let us know @BritandCo!