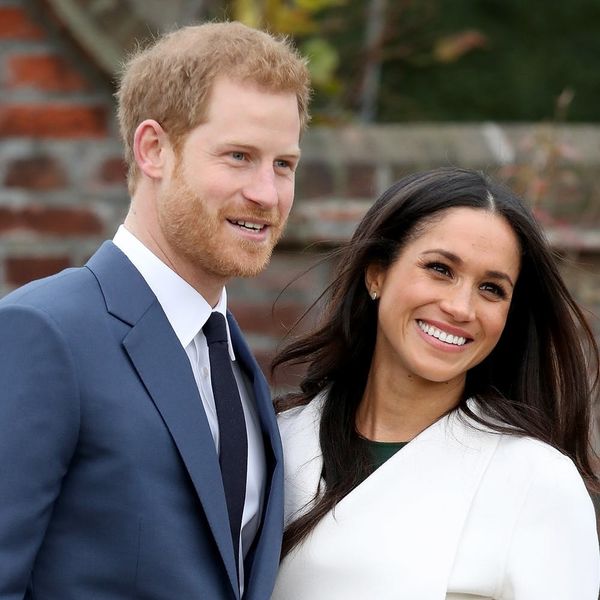 After Prince Harry and Meghan Markle say “I do” on May 19, they’ll embark on a carriage procession through Windsor to greet the public. The royal family has dozens of carriages at their disposal, but the newlyweds-to-be have chosen the understated Ascot Landau for their special day.

Kensington Palace announced the couple’s decision on Wednesday, May 2, and provided a few interesting facts about the carriage, which is one of five Ascot Landaus in the Royal Mews. According to the palace, Ascot Landau carriages are used in official and ceremonial state events, such as coronations, royal weddings, and state visits.

According to Crown Equerry Col. Toby Browne, the Ascot Landau is a “wonderfully bright, small, lovely carriage, very easy for people to see — the passengers can sit up quite high. So there’s lots of visibility for everybody.”

Of course, the carriage doesn’t roll on its own. Four Windsor Grey horses, Milford Haven, Sir Basil, and father and son Storm and Tyrone, will pull the Ascot Landau carriage on the big day. Windsor Grey horses go through years of training that includes prepping the calm yet noble-looking breed to deal with anything they’ll face on the roads, such as sirens, big trucks, and enthusiastic crowds.

The procession will take place rain or shine, but in the event of rain, Prince Harry and Meghan Markle have a second carriage on standby: the Scottish State Coach, which was used for a state visit in 2017 and at the Windsor Horse Show in 2016.

What do you think of Prince Harry and Meghan Markle’s choice of carriage? Let us know @BritandCo!

Desiree O
Desirée O is a ‘Professional Bohemian’ who loves anything and everything related to the arts, entertainment, and pop culture. She ADORES being a ‘Newsy’ for Brit + Co, covering all of the latest tidbits of awesomeness that you want to read about. When she’s not writing, she’s either making messy art, going on long adventurous walks with her camera, or poking around over at bohemianizm (http://www.bohemianizm.com/). You can find out about Desirée O and her work at http://DesireeO.com/ or follow her on Twitter @DesireeO.
Royal Family
Pop Culture
Royal Family Royal Wedding