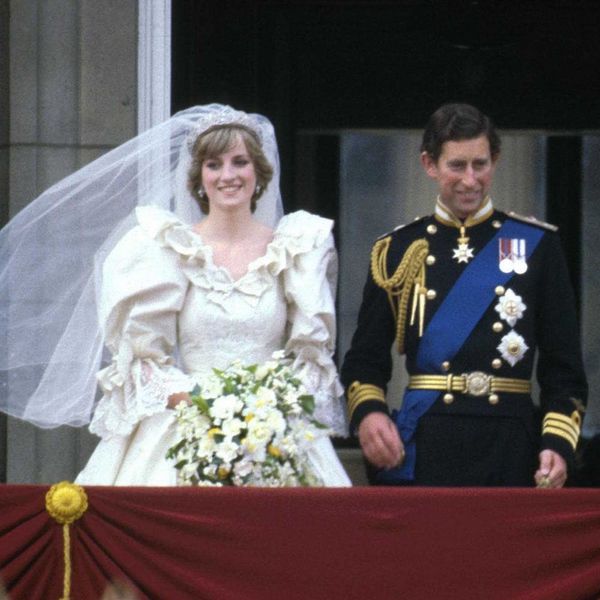 Talk about a memorable wedding keepsake! A resident in Fort Lauderdale, Florida, John Hoatson revealed to the Tampa Bay Times that he has a piece of Princess Diana’s actual wedding cake from her 1981 nuptials to Prince Charles.

While Hoatson wasn’t a guest at the wedding, he did see the affair on TV as an eight-year-old boy. “I fell in love with [Diana] right then. She was the prettiest person in the world.”

Now, her cake has a special place among his other Royal memorabilia, which includes a bar of soap Princess Diana brought back from a trip to K Club in Barbuda, a Christmas card photo of her and Prince Charles signed by Queen Elizabeth and Prince Philip, and a photo of the late Royal dancing with John Travolta. Altogether, the lot has been valued by a museum at $500,000 in total.

Hoatson says his favorite, however, is the piece of the multi-tiered masterpiece that was reportedly created over 14 weeks by the head baker of the Royal Naval cooking school, David Avery. “It’s fruitcake,” Hoatson shared. “It will never get old. It’s preserved by the air.”

It’s unclear if the cake in question is the same piece that was sold back in 2015 at a Nate D. Sanders auction for $1,375 — a much lower price than the $4,000 it was estimated to fetch. Either way, Hoatson’s cake is likely worth quite a bit more now, as its box has since by signed by two of Lady Di’s own bridesmaids, India Hicks, who wrote, “Dear John, What a wonderful memory this box holds for you and for me,” as well as Clemmie Hambro.

What’s more, as auctioneer Sam Heller said back in 2015, it’s still edible! “Alcohol has preserved the cake, making it still edible, although collectors would rather it remain intact.”

Hoatson himself hasn’t tried it: “It’s 36 years old and it looks really bad,” he said by way of explanation. Fair enough!

Instead, he says he simply holds onto her things “to preserve history and Diana’s story so that we can learn from it.”

What’s the craziest thing you’ve ever collected? Tell us over @BritandCo.

Nicole Briese
Nicole is the weekend editor for Brit + Co who loves bringing you all the latest buzz. When she's not busy typing away into the wee hours, you can usually find her canoodling with her fur babies, rooting around in a bookstore, or rocking out at a concert of some sort (Guns N' Roses forever!). Check out all her latest musings and past work at nicolebjean.com.
Cake Recipes
Food News
Cake Recipes Celebrity Wedding Royal Family
The Conversation
Reviews:
More From Food News