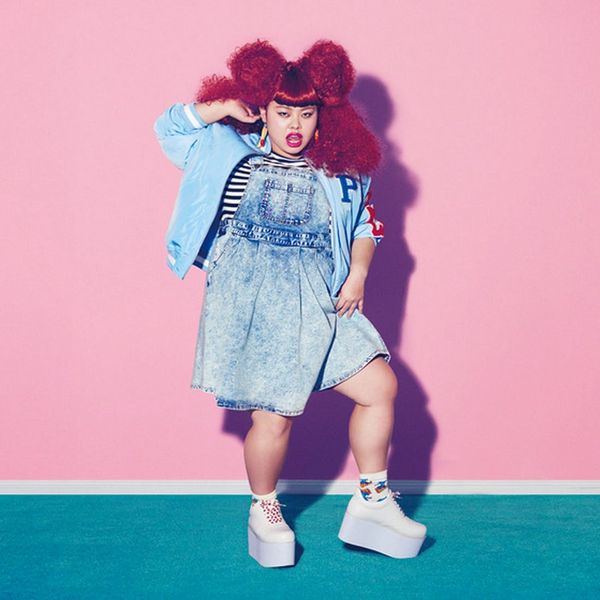 Over the years, Japanese fashion has become synonymous with a fun, quirky aesthetic. And when it comes to Lena Dunham’s style, that same playful vibe typically applies. So, it makes sense that the actress has been having a blast in the wardrobe department while filming HBO’s Girls in Tokyo, both on and off set. Not only has Dunham shared multiple outfit selfies throughout her trip where she’s been embracing the style, like in one snap where she says that she’s on a “mission to keep it kawaii,” she also recently gave a shout out to a super cool, plus-size Japanese brand she discovered that we’re now totally gawking over. Introducing, Punyus.

On her Instagram Lena wrote, “Very into Japanese plus-sized label Punyus. It was started by this comedian Naomi Watanabe- it’s hard to find great clothes for curvy women anywhere, but especially in Japan where petite and cute seem synonymous so yeah, she’s kind of radical #Tokyo (ps Punyus loosely translates as chubby)”

Japanese fashion brands tend to operate under a “one size” rule, which means that most Japanese women are expected to fit into that size. However, Punyus has set itself apart by marketing the brand as an “all size” label. While it’s not necessarily a plus-size line by American standards (it only goes up to a US size 16), it still offers a much broader range than what’s typically available in the country. The pieces, which evoke something of a Nasty Gal vibe, are chic, trendy but still super playful. Think: a t-shirt covered in bacon and eggs and a patchwork backpack and a stunning two-piece floral outfit.

You can’t get the pieces delivered to your door directly though Punyus’ site if you’re living in the US, however, you can score some of your favorite looks with the help of Tenso, a site that allows you to purchase clothing and items from Japanese stores and get them delivered internationally. After taking a closer look at the brand, we’re sensing the beginning of what could be an epic collaboration between Punyus and Dunham. We’re totally down for the two to team up under one condition: it HAS to be available in the US (hear that Taylor Swift?). ;)

What’s your favorite international label? Tell us a little bit about it in the comments below.

(Photos via @punyus and Punyus)

Cortney Clift
Cortney is the senior writer and special projects editor at Brit + Co. She typically covers topics related to women's issues, politics, and lifestyle. When she's not buried behind her computer you'll find her exploring New York City or planning her next big adventure.
lena dunham
Fashion
lena dunham Plus Size Shopping