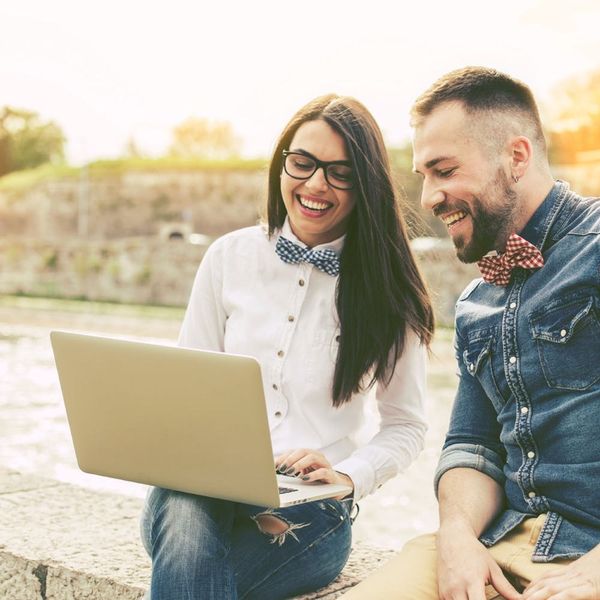 These days, Internet safety is iffy at best. With hackers releasing numerous data dumps to the public — from Sony’s confidential files to Ashley Madison’s client list — plus e-mail scams and Facebook security causing a whole slew of Internet-related stress, it’s clear that exciting advancement in technology comes with its own can of worms. That’s why scientists across the globe have been working tirelessly to come up with a tangible solution to this ever-growing security crisis. The latest news in Internet security comes from researchers at Stanford University, who have created a novel quantum light source that might someday serve as the basis for protecting private data from Internet snoops — and it just happens to be inspired by radio engineering from the ’30s.

Vuckovic and Fischer’s paper, published in the journal Nature Photonics, is trying to realize the notion of a quantum Internet, aka the latest idea in Internet security. According to the paper, a quantum Internet would mean that any communication via the web — from banking questions to a doctor’s consultation — would be 100 percent protected from online predators. In fact, users would be able to know instantly if an outside party was trying to access their files. Sounds amazing in theory, but the journey to find all the right pieces to make it work is pretty complex. Vuckovic and Fischer’s part in the process has to do with finding a reliable light source that can effectively carry information without the chance of eavesdropping from unwanted guests. Their plan of attack, and the premise of their paper, is to capture a single unit of light, or a single photon, which is so delicate, if any unwelcome person tried to measure it, it would instantly be destroyed.

“The problem is that the quantum light is much weaker than the rest of the light coming from such a modified laser – it is difficult to pick up,” says Vuckovic. “So, we created a way to filter out the unwanted light, allowing us to read the quantum signal much better.” The way they’re accomplishing this is through adapting an interference technique borrowed from 1930s-era radio engineering, which works quite similarly to the way that noise-canceling headphones produce canceling sound waves to block out background noise.

Although muddled in some pretty complex science jargon, this development is actually a great step forward for Internet security. The Stanford team is now busy creating a working prototype of their project, which, if all goes well, means we just might see an unhackable Internet within our lifetime.

What do you think about the newest developments in Internet security? Mention @BritandCo in your comments on Twitter — we’d love to hear your thoughts!

Ashley Macey
Ashley Macey is a lifestyle freelance writer who loves all things fitness, wellness, and creativity. When she's not exploring her home in the Pacific Northwest with her dog Max, you'll probably find her curled up with a good book and some hot tea. Follow her daily jaunts on Twitter.
science
Home News
science study
More From Home News