‘Queer Eye’ Is Filming Special Episodes in Japan for 2019 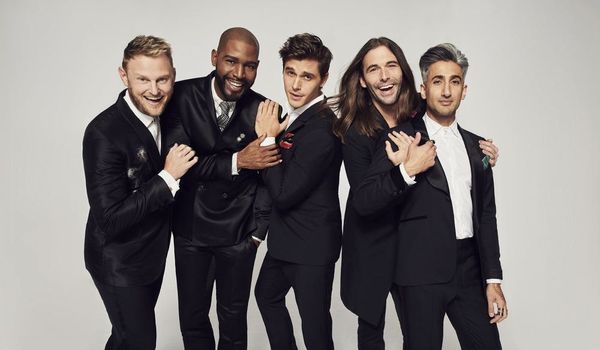 Queer Eye is going global! Netflix announced on Thursday, January 24, that the Fab Five are filming new episodes in Japan for a four-part special set to debut in 2019.

“Queer Eye is headed to Japan!” the streaming service revealed on Twitter. “The Fab Five will work with local tastemakers to make-better a new group of heroes, while they learn and experience Japanese cuisine, fashion, design, grooming, and culture firsthand!”

Queer Eye: We’re in Japan! will see the series’ stars — Antoni Porowski, Karamo Brown, Jonathan Van Ness, Tan France, and Bobby Berk — not only help make over four local men and women from different backgrounds and cultures, but also, as we’ve come to expect, help them find self confidence, form personal relationships, and transform their lives along the way.

“In just a year since we launched season 1, Queer Eye has become a global phenomenon once again and the Fab Five are truly the ambassadors of self-care and compassion that the world needs now more than ever,” creator and executive producer David Collins said in a statement. “Filming in Japan is a wonderful opportunity for us to work with four deserving heroes that will help showcase the incredible traditions and customs of their country.”

Any news about more Queer Eye is good news, but the Japan special isn’t the only thing debuting this year. According to Deadline, the four episodes will arrive after season 3 of the show airs in 2019.

While seasons 1 and 2 of the show, which both hit Netflix in 2018, were filmed in and around Atlanta, Georgia, season 3 will take place in Kansas City, Missouri.

Are you excited for new Queer Eye this year? Let us know @BritandCo!