Rachel Lindsay Dishes New Details on Her Wedding to Bryan Abasolo (Including the Guest List!) 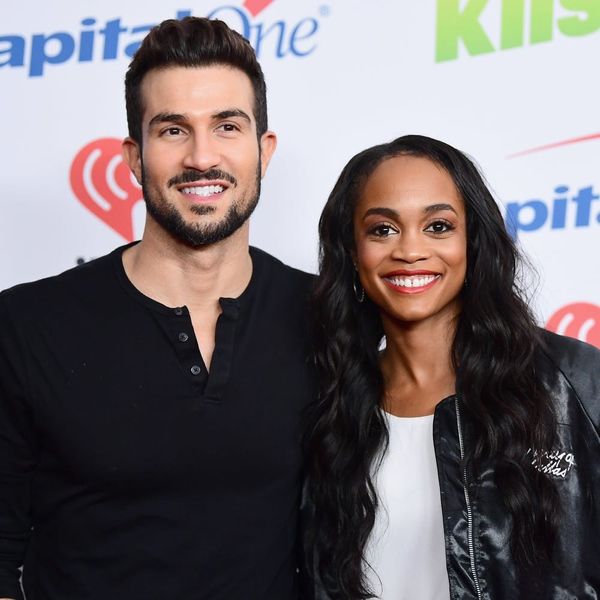 Former Bachelorette Rachel Lindsay hasn’t set a date for her upcoming wedding to fiancé Brian Abasolo, but she is making plans. Last week, she revealed that she would be ditching the traditional gown for something much more suited to her own style, and now she’s sharing some of her thoughts on the guest list.

Spilling the details to Us Weekly, the 32-year-old said that she and her bae have definitely considered which Bachelor Nation stars will be on the invite list for the big day. In fact, she’s reserving two full rows of seats for them.

“My new thing is that I think we’re going to have a couple of rows,” Lindsay explained. “A row dedicated to the girls from [The Bachelor] and a front row for my sorority sisters. He’s got the same thing, [a row for] Bachelorette guys, [and a row for] fraternity guys.”

The bride-to-be definitely bonded with a lot of women from her debut season on the franchise with Nick Viall. Several of them, including Danielle Lombard, Alexis Waters, Dominique Alexis, and Whitney Fransway, were at her recent engagement party.

As for the groom’s side, there are plenty of men who competed alongside him for Lindsay’s heart who would surely love to be at the ceremony, including Dean Unglert, Eric Bigger, Adam Gottschalk (who would likely show up with GF Raven Gates), and Peter Kraus. (Okay, maybe *he* wouldn’t be so keen to show up.)

As for who will be standing by her side when she says “I do,” the Dallas native has decided that it’s probably best to stick with family. “I don’t want to offend anyone with bridesmaids, so I think I’m just going with my sisters,” she explained to Us Weekly.

One thing she hasn’t quite decided is whether to share the nuptials with fans of the reality series. “That we don’t know,” she admitted. “We know that we want it to be next year. We haven’t, like, started seeking out if we want to do it on television yet.”

In fact, there’s even a slight chance that she might throw it all up in the air and run off with Abasolo for something more spontaneous. “Honestly, I could elope with Bryan tomorrow,” she told Us Weekly. “It’s so funny because my mom texted me the other day and she goes, ‘Secretly I would love for you to just elope.'”

Did you elope or have a big wedding? Let us know @BritandCo!