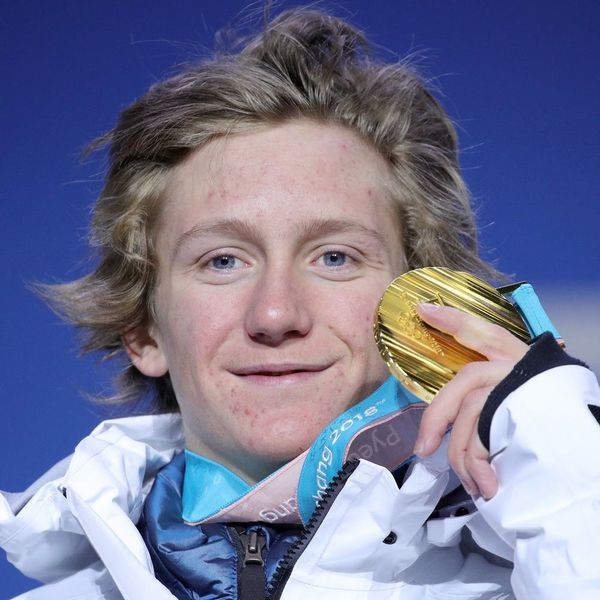 Red Gerard put Team USA on the board when he snagged the United States’ first gold medal of the 2018 Winter Olympics. You might think he spent the morning of his event preparing and psyching himself up, but according to reports, he actually overslept after falling asleep watching Netflix the night before.

We can totally relate to staying up a little (or a lot!) later than we should when we get caught up in one of our favorite shows, but we can’t imagine competing at the Olympics the morning after. Thankfully, we don’t have to — but 17-year-old Gerard did.

According to Yahoo, the world-class snowboarder fell asleep watching Brooklyn Nine-Nine — you gotta admit, it’s a pretty great show! — which resulted in him snoozing through his alarm when it went off the next morning at 6am. Fortunately for the athlete, his teammate Kyle Mack was there to drag him out of bed.

It wasn’t exactly smooth sailing from there, though. When he did wake up, he couldn’t find his jacket, so he had to borrow Mack’s for the big event.

Thankfully, he made it to the slopes on time and went on to earn a combined score of 87.16 out of 100, which put him in first place, just above the silver medal winner, Canadian Max Parrot. Gerard is now Team USA’s youngest male gold medalist at the Winter Olympics since 1928.

Naturally, he was pretty excited about his victory, and he expressed his elation with some, er, colorful language that was caught by NBC’s live feed and broadcast nationwide. Oops!

The Colorado native admitted to Yahoo that the magnitude of where he is and what he’s doing only recently dawned on him. “I just didn’t really think I knew what the Olympics is,” he said. “I kind of grew up just watching Dew Tour and X-Games. I’d never really realized how big it is.” We have no doubt that he gets it now.

Which Olympians are you excited to see at the Winter Games? Let us know @BritandCo!

Desiree O
Desirée O is a ‘Professional Bohemian’ who loves anything and everything related to the arts, entertainment, and pop culture. She ADORES being a ‘Newsy’ for Brit + Co, covering all of the latest tidbits of awesomeness that you want to read about. When she’s not writing, she’s either making messy art, going on long adventurous walks with her camera, or poking around over at bohemianizm (http://www.bohemianizm.com/). You can find out about Desirée O and her work at http://DesireeO.com/ or follow her on Twitter @DesireeO.
Olympics
Pop Culture
Olympics