Adwoa Aboah’s Revlon Beauty Launch Is All About Inclusivity, Diversity, and Fun 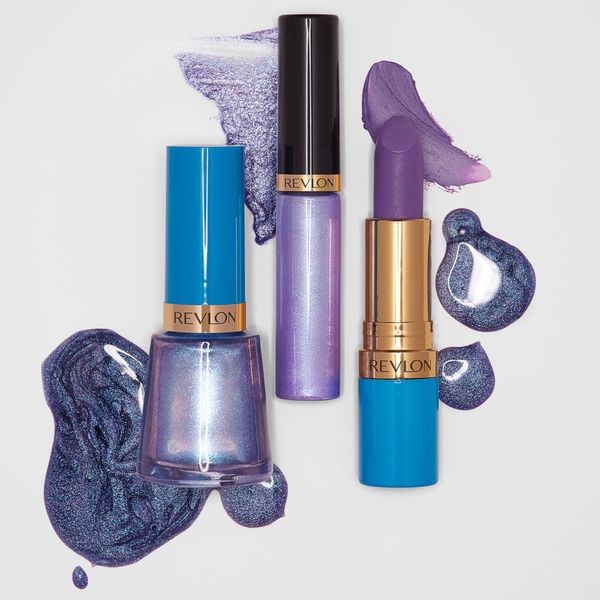 As if having a Barbie Shero doll made in her likeness wasn’t special enough, Adwoa Aboah is launching a beauty movement with Revlon (just in time for Women’s History Month). In partnership with Gurls Talk, her online community for young women, and Revlon, for which she’s a brand ambassador, Aboah released a colorful limited-edition collection that’s all about girl power. “I want girls to be able to talk about anything — nothing is too taboo — and I hope the kits can become a catalyst to inspire others to support each other, embrace their individuality, and live boldly,” Aboah says.

Aboah, who became a Revlon brand ambassador in 2018, shared that teaming up with the company was a natural fit given its commitment to encouraging women to be bold, confident, and comfortable in their own skin. “Revlon was a great partner to help me spread awareness to a wider audience because they already do so much to champion and celebrate women and they believe in the mission of Gurls Talk,” Aboah says. (Photo via David M. Benett/ Getty)

The model and activist, who also stars in Revlon’s new I Can. So I Did. campaign with Gal Gadot, Ashley Graham, and Eniola Abioro, founded Gurls Talk in 2015. “The idea for Gurls Talk came about from my own struggles when I was growing up,” Aboah, who has struggled with depression and substance abuse, tells Brit + Co. “I created it as a safe space for young girls to share, listen, and learn about their experiences as young women — without stigma, without shame — where we challenge the social norms.”

To Aboah, part of embracing your individuality means wearing untraditional colors on your lids, lips, and nails — which is why all of the offerings feature products for these three areas. “From the beginning, I wanted the colors to be bright, colorful, and playful,” Aboah says. “The shades are accessible to anyone and look beautiful on every skin tone. You don’t need to know how to put on makeup to have fun with them.” (Photo via Isabel Infantes – PA Images/ Getty)

Words would be meaningless. A campaign with a real message, an authentic collaboration for all women of all races and ages whether you wear make up or not. The #revlonxgurlstalk collection strikes real life bold conversations on mental health, female health and body positivity. Keep a look out for more lovely films by @christelle_studio with our magnificent advocates for all 3 themes @scarcurtis @tashajanebishop and Mofe Sey @sey.mx and buy the product now at Revlon.com . Thank you to everyone who made this possible, thank you @revlon for trusting me and giving me creative control to create such a beautiful project together.

Under her direction, the launch features bright, playful colors that are universally flattering. “The brand really let me choose the path to take on the collaboration — from the colors to shade names and casting of our campaign,” Aboah shares. “Inclusivity and diversity is really important for both Gurls Talk and Revlon, so for the collaboration we also used members of the Gurls Talk community for our campaign and chose a diverse cast to represent different skin tones and backgrounds. It’s important for people to see themselves reflected in the media and feel like they have a voice.”

Shop all of the kits, and learn the meaning behind each of the colors, below.

2. Revlon x Gurls Talk Dare to Love Yourself Makeup Kit ($15): Stocked with Revlon Nail Enamel in Be Your Bae, Revlon Super Lustrous Lipstick in Yas Girl, and Revlon Eyeshadow Putty in Be-U-Ti-Ful, this rosy curation reminds us to champion body positivity and love ourselves just as we are.3. Revlon x Gurls Talk Celebrate Every Piece of Yourself Makeup Kit ($15): Being a woman is good as gold, so it’s only appropriate that this feminine health-inspired set of Revlon Nail Enamel in Go With The Flow, Revlon Super Lustrous Lipstick in My Rights, and Revlon Eyeshadow Putty in Check Yourself was designed with the glimmering shade.

RELATED: Ashley Graham Took Her Body-Positive Activism to the Next Level

Brit + Co may at times use affiliate links to promote products sold by others, but always offers genuine editorial recommendations

Rebecca Norris
Rebecca Norris is the Beauty Editor at Brit + Co. With a New York apartment that looks more like a Sephora than a home, she's just as quick to roll up her sleeves to swatch all the best bold lipsticks, as she is to hop in a dermatologist's chair to review a vampire facial. After all, anything in the name of a good story, right?
Celebrity Makeup
Beauty News
Celebrity Makeup Eye Makeup Lipstick Nail Polish New Beauty Products
More From Beauty News