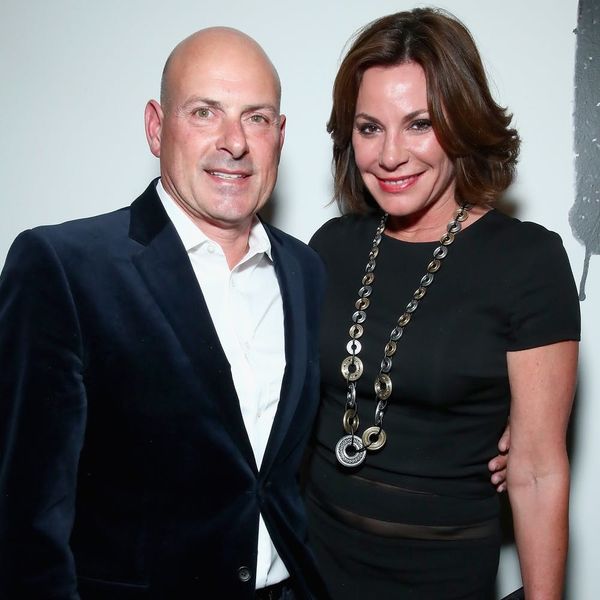 Fans were shocked when The Real Housewives of New York City’s Luann de Lesseps announced that she was divorcing her husband, Tom D’Agostino, after just seven months of marriage. In the wake of their split, she thanked fans for being “understanding” through such a rough time but was otherwise relatively quiet about the sad situation. Now she’s opening up about the breakup in an interview with Andy Cohen, and revealing the “final straw” that led to the end of her marriage.

“It was the weekend before the reunion [aired], basically,” de Lesseps said in a sneak peek from the interview, which was taped in the backyard of the former countess’s house in Sag Harbor, New York. “Tom went out and he called up an old girlfriend and they met up with a group of people. And I didn’t know about it — I found out about it the next day in the press. So that for me was like the final straw. I was like, ‘I can’t do this anymore.'”

Though de Lesseps doesn’t outright say that her husband cheated on her — in fact, she told Page Six just after her divorce announcement, “I do not think Tom cheated on me, definitely not. God knows he’s got himself in some trouble in the past, but I don’t believe that continued [while we were married]” — they clearly had their problems.

Those problems began even before they said, “I do.” Back in 2016, Bethenny Frankel told de Lesseps that D’Agostino had kissed another woman at a hotel shortly after their engagement. De Lesseps forgave him and married him on New Year’s Eve, but a few months later, there was more drama brewing. This summer, the couple got into a public spat at a restaurant. Though reports claimed she slapped him, de Lesseps told Cohen, “I didn’t slap him. What I did was grab his face. It was in the heat of the moment and I was hurt about something. I wanted his attention, so I grabbed his face. So it wasn’t really a slap.”

#RHONY reunion dresses! What do you guys think?

We’ll be able to see more of the relationship drama play out when The Real Housewives of New York City reunion concludes on Wednesday at 8pm ET on Bravo, and then when Watch What Happens Live One-On-One with Luann airs in full on September 6 at 11pm ET.

What do you think about the “final straw” that ended Luann de Lesseps and Tom D’Agostino’s marriage? Let us know @BritandCo.