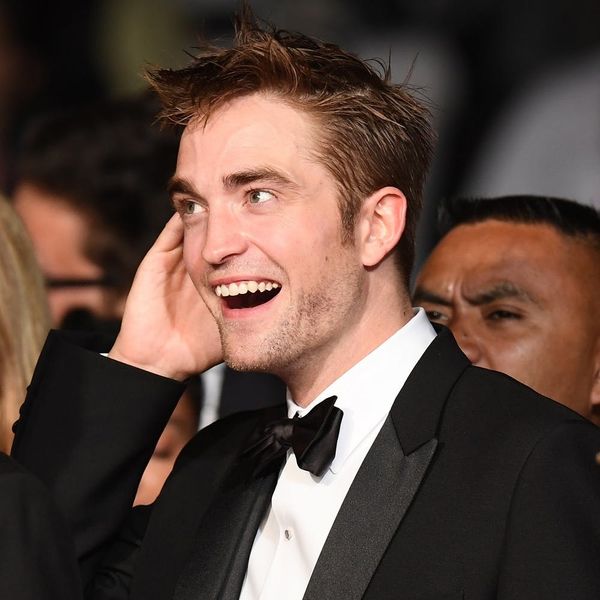 Let’s be real: It’s still hard to think of Robert Pattinson as anyone but Edward Cullen. But the former Twilight actor (and one-half of an extremely flawless couple with alternative musician FKA Twigs) has been tearing it up at the Cannes Film Festival for the premiere of Good Time, which is set for release this August. And, in a New York Times interview published over the weekend, R-Pats dished some TOTALLY unexpected info about his beginnings in Twilight.

Apparently, during filming for the first Twilight movie in 2008, Pattinson was almost fired. With such a young cast (Pattinson was only 22 at the time, and co-star Kristen Stewart was a wee 16), Pattinson remembers that everyone on set was eager to rebel. But in Pattinson’s case, that rebellion reached a point where his agents had to fly out to the film’s set in Canada to keep him in check.

Did my best Peter Falk at the @goodtimemov premiere @festivaldecannes. I look like I was probably making some sort of epically shitty joke here. Thanks @gucci for making sure me and @bowedtie didn't look like fools. Shout to all of the GT crew behind us & not photo'd who trekked to Cannes for regality, rosè intravenous and long ass nights.

Nearly a decade later, Pattinson’s clearly thankful for his time in the Twilight franchise. He calls the experience “an amazing luxury,” and “amazing luck, as well, to just have fallen into it with the group of people I worked with on it.”

He’s comfortable with always being known as the sparkly Edward Cullen too. “I think one of the best things, basically, about being a bit of a sellout, is if you’ve done five movies in a series, you’ve had to accept some responsibility for playing the same character.” Good thing he kept his job!

What do you think of Robert’s Twilight antics? Let us know @BritandCo!

Rachel Davies
Rachel Davies is a writer, curator, and editor. Apart from writing, Rachel loves to read, take Greyhound buses, and drag her friends to museums every weekend. You can find Rachel over on Twitter @rachelcomplains.
Movies
More From Movies