The ‘Roseanne’ Spinoff ‘The Conners’ Is Officially Happening — Without Roseanne Barr 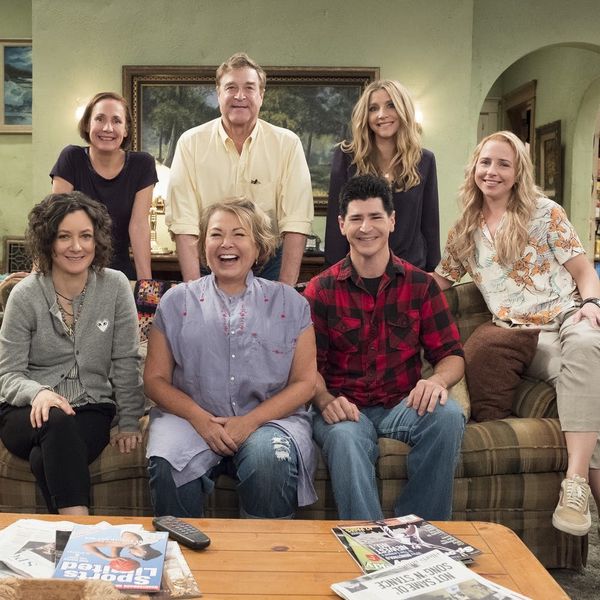 Weeks after the mega-successful Roseanne reboot was canceled by ABC, the network has revealed it is officially moving forward with a spinoff that will not feature the show’s namesake and star, Roseanne Barr.

Stars John Goodman, Laurie Metcalf, Sara Gilbert, Lecy Goranson, and Michael Fishman will star in The Conners, set to premiere in the fall and air for 10 episodes.

“After a sudden turn of events, the Conners are forced to face the daily struggles of life in Lanford in a way they never have before,” ABC said in its announcement, staying vague about how Barr’s character will be removed from the show. “The Conners’ stories demonstrate that families can always find common ground through conversation, laughter, and love. The spinoff will continue to portray contemporary issues that are as relevant today as they were 30 years ago.”

The cast members said in a joint statement that the support from fans made it clear the show still had some life in it.

“It’s clear that these characters not only have a place in our hearts, but in the hearts and homes of our audience,” the statement said. “We all came back last season because we wanted to tell stories about the challenges facing a working-class family today. We are so happy to have the opportunity to return with the cast and crew to continue to share those stories through love and laughter.”

ABC brought the beloved sitcom back to the airwaves earlier this year, more than 20 years after it originally ended. The show was an immediate ratings runaway, but the network pulled the plug in May after Barr posted a racist tweet about former Barack Obama adviser Valerie Jarrett.

“I regret the circumstances that have caused me to be removed from Roseanne,” Barr said in a statement following news of the spinoff. “I agreed to the settlement in order that 200 jobs of beloved cast and crew could be saved, and I wish the best for everyone involved.” ABC has stressed that Barr will have no creative or financial involvement in the new series.

Will you watch The Conners? Let us know @BritandCo.