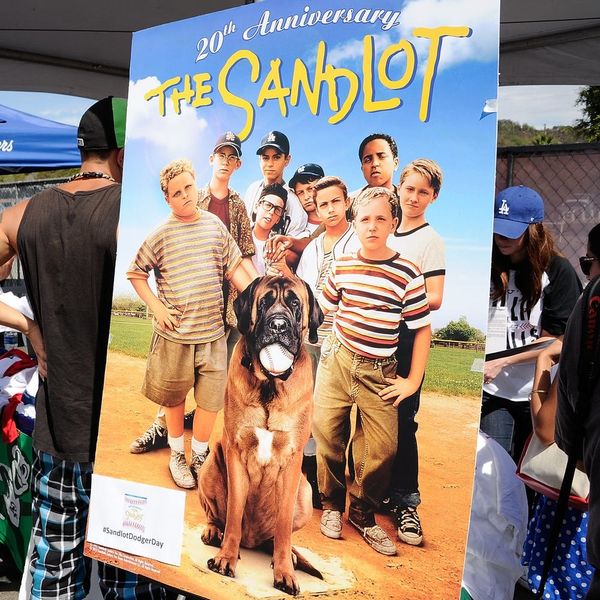 It’s been 25 years since The Sandlot was released, and now the cult-classic baseball comedy is set to join the ranks of reboots and revivals that have taken over film and TV.

According to Deadline, 20th Century Fox is in the early stages of developing a prequel to the childhood coming-of-age flick. The movie’s original writer and director, David Mickey Evans, is on board as writer once again, with Austin Reynolds as co-writer.

There aren’t many details on what the prequel’s plot will entail just yet, but Deadline did say that it will indeed include the “The Beast” from the 1993 original. Two sequels, The Sandlot 2 andThe Sandlot: Heading Home, were released in 2005 and 2007.

The Sandlot was set in the summer of 1962, and followed a group of young neighborhood boys as they got together to play baseball every day. When one of the kids’ father’s Babe Ruth-autographed ball landed behind the fence at the end of the sandlot — a fence that contained “The Beast,” a supposedly huge and vicious English Mastiff dog — they had to band together to get it back.

The cast of the movie reunited earlier this year to celebrate the 25th anniversary of the film’s release. “The film was made with the same amount of love that people have for it, and it was the greatest summer of our lives,” Evans, the director, said at the time.

Recently, two of the film’s stars, Patrick Renna (Hamilton “Ham” Porter) and Tom Guiry (Scotty Smalls), had a funny encounter with someone wearing a T-shirt with the famous quote, “You’re killing me, Smalls!” Renna complimented his shirt as they walked by, but said the guy had “no idea what we were talking about.” Looks like it’s time for a comeback!

Would you watch a Sandlot prequel? Let us know @BritandCo!