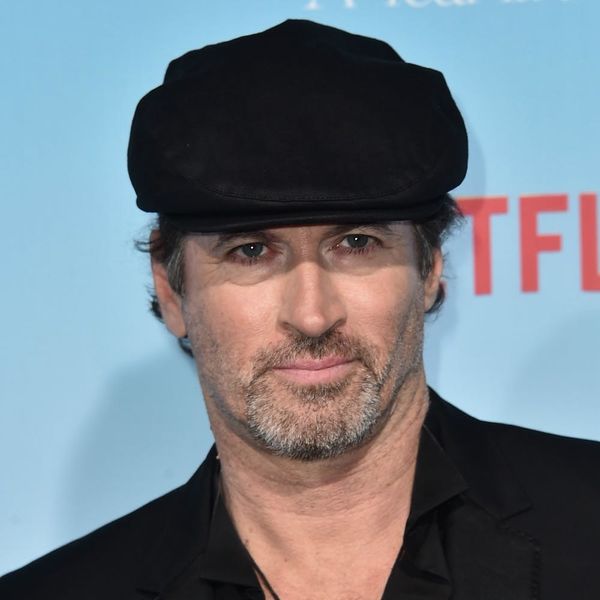 Fair warning: If you haven’t binge-watched Gilmore Girls: A Year in the Life all the way through yet, read no further. We repeat: DO NOT READ ANY FURTHER. Major spoilers are ahead, and we can’t be held responsible for anything you take in beyond this point.

Following the show’s Thanksgiving Day release, Scott Patterson, AKA Lorelai’s new hub, took some time out to catch up with ET, and the actor had some thoughts about how the show, particularly its last episode, went down.

“I think being married to that girl is going to be a really good thing,” he says of Lorelai. “Pretty good, pretty good, yeah. And the way we did it was pretty clever I thought. I think it was the most personal way to do it and it had the most dramatic impact.”

And that’s not all. Despite fertility issues the couple faces in the show’s first episode, Scott is holding out for more little Rorys. “We’re going to have a lot of babies!” he said.

But despite how optimistic Scott is now that everything has seemingly worked out for the couple, he admits that he had a tough time reconnecting to his character. “I thought it was instantly going to kick back in, and it didn’t,” he said. “I just didn’t feel like the guy.”

So how did he cope? He took a stroll around good ol’ Stars Hollow, of course!

“I asked Amy if I could take a walk around Stars Hollow and sort of get the old scent back,” he said. “It took about 10 minutes and tried to relive some things.”

It must have done the trick, cause Scott says when he walked back into the diner, “all of a sudden it clicked in.”

Now. How many days to go before season two?

Are you surprised that Scott had a tough time getting back into character? Come chat with us about it @BritandCo!

Nicole Briese
Nicole is the weekend editor for Brit + Co who loves bringing you all the latest buzz. When she's not busy typing away into the wee hours, you can usually find her canoodling with her fur babies, rooting around in a bookstore, or rocking out at a concert of some sort (Guns N' Roses forever!). Check out all her latest musings and past work at nicolebjean.com.
interview
Pop Culture
interview Netflix
More From Pop Culture