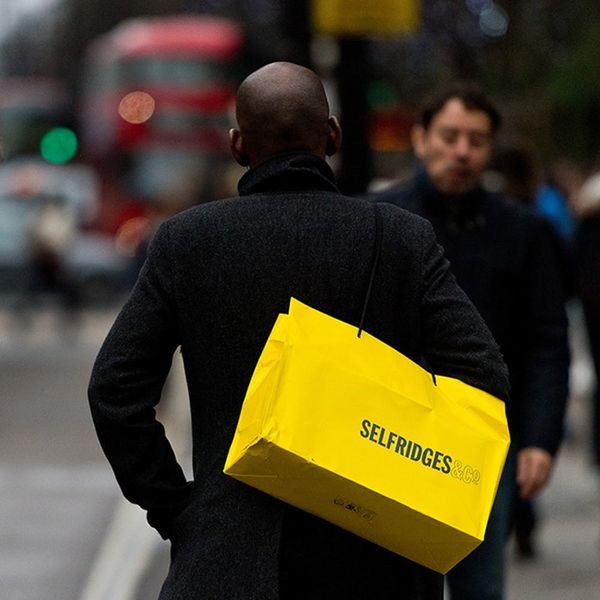 Women have been taking cues from the men’s department for some time now. Between boyfriend jeans showing up on fashion blogs to skirts trending during men’s fashion week, the line between men’s and women’s clothing is becoming blurred to say the least. Now London-based department store Selfridges is about to take unisex clothing to a whole new level with a slew of gender neutral collections set to take over the store this spring.

Selfridges isn’t just planning on offering a few pieces of agender clothing, but is also taking the store fully gender neutral from March 12 to April 1st. The department store has commissioned furniture maker Faye Toogood to create a gender neutral concept space, which will span across the ground, first and second floors of Selfridge’s Oxford Street location. Male and female window displays will also be done away with and temporarily replaced with unisex fashion.

For all of us stateside folk who won’t be making it across the pond anytime soon, the collections will also be available to check out online. While you’re adding things to your cart, make sure to also check out a bunch of supplemental photography, film, music and design pieces Selfridges has created to further explore the idea of gender.

As far as what brands you’ll be able to shop from, capsule collections from Ann Demeulemeester, Comme des Garçons, Meadham Kirchhoff, Gareth Pugh and Nicola Formichetti and Underground are all slated to make an appearance.

Considering all of these are big designer names, we’re guessing the pieces are going to be gorgeous, but probably not super affordable. So here’s what we’re thinking: Split that cost in half by teaming up with your BF (or maybe even a really great guy friend) and decide on a piece or two to share. Consider it the 21st-century version of the classic boyfriend sweatshirt, because everyone knows it’s as much yours as it is his.

Do you have a favorite gender neutral designer? Share a link to their site in the comments below.

(h/t WWD and The Cut, images via Ben A. Pruchnie/Stringer/Peter Macdiarmid/Getty)

Cortney Clift
Cortney is the senior writer and special projects editor at Brit + Co. She typically covers topics related to women's issues, politics, and lifestyle. When she's not buried behind her computer you'll find her exploring New York City or planning her next big adventure.
Style News