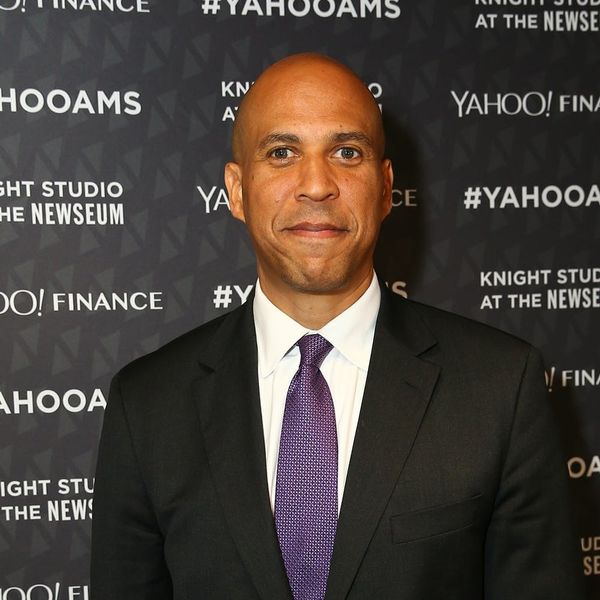 New Jersey Senator Cory Booker announced his bid for the White House early Friday, February 1 — the start of Black History Month — sharing his message of hope with a campaign ad that declares: “Together, America, we will rise.”

I’m running for president. Join me on this journey. https://t.co/fEDqOVIfwh pic.twitter.com/h1FTPUYRzo

“The history of our nation is defined by collective action; by interwoven destinies of slaves and abolitionists; of those born here and those who chose America as home; of those who took up arms to defend our country, and those who linked arms to challenge and change it,” Booker says in the video, which features him walking through his Newark, New Jersey neighborhood — a working class community that the 49-year-old still calls home.

The community-driven politician’s announcement details his early life through his years fighting for Newark’s inner-city, a community the senator still lives in. “I’m the only senator that goes home to a low-income, inner-city community,” Booker explains. “The first community that took a chance on me.”

Booker’s Washington career began in 2013 when he was elected as the first Black senator from New Jersey, and his star has been on the rise ever since. A vocal opponent of President Trump’s, Booker is as known for his oratory skills (much like another young Black senator before him), as well as his sometimes maligned ability to raise vast sums of money — something for which progressive Democrats have taken the senator to task in the past, prompting him to promise cutting ties with corporate PACs going forward.

The senator has been further criticized by the Democratic party’s left wing for his  Wall Street connections, and pro-charter schools stance. In 2017, however, he did co-sign Bernie Sander’s Medicare bill, signaling his desire for progressive health care reform for Americans.

Friday’s announcement adds his name to an already crowded, and incredibly diverse Democratic field. The Hill reported Thursday that he decided to make his announcement before his colleague, Senator Kamala Harris gained too much momentum in her recently-announced bid.

From Your Site Articles
Kat Armstrong
Kat has been a writer, social media maven and mom for longer than she's willing to admit. She's also spent time in front of and behind the camera, interviewing celebs, politicians and acting as a producer for fashion and artistic photography shoots. When she isn't writing for various orgs and publications, she's hanging with her kids, husband and French Bulldog, Peter, in Toronto, Canada.
Politics
Politics
Politics