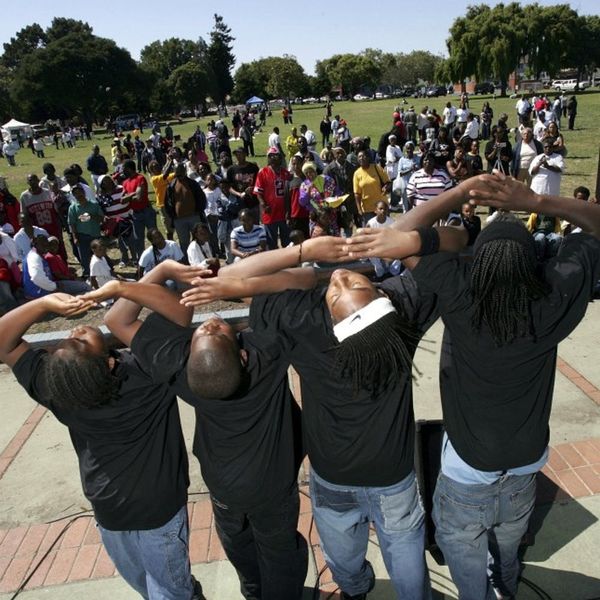 Today is Juneteenth (a portmanteau of June and nineteenth), also known as Freedom Day. What's the history behind it? Abraham Lincoln issued the Emancipation Proclamation on September 22, 1862, which would liberate slaves from the Confederate South. But it wasn't until June 19th, 1865 that the last of the slaves being held in seceded Texas were finally granted their freedom.

Union Major General Gordon Granger made the historic June 19th announcement in Galveston, Texas, as he arrived with nearly 2,000 troops to gain control of the state for the US government. “Juneteenth" has been celebrated ever since. Today people are taking to Twitter to mark the date, with some calling for June 19 to become an official national holiday.

The state of Texas officially recognized June 19 as a public holiday in 1980. Now, with organizations like Black Lives Matter bringing civil rights back into the fore by pressuring media to broadcast the continued injustices faced by Black Americans, Juneteenth is seeing another huge resurgence. Change.org is petitioning for Congress to make Juneteenth a national holiday and more than half a million Americans are on board as of this publication. You can sign the petition here.

What do you do to celebrate Juneteenth? Tell us @BritandCo!

From Your Site Articles
Kat Armstrong
Kat has been a writer, social media maven and mom for longer than she's willing to admit. She's also spent time in front of and behind the camera, interviewing celebs, politicians and acting as a producer for fashion and artistic photography shoots. When she isn't writing for various orgs and publications, she's hanging with her kids, husband and French Bulldog, Peter, in Toronto, Canada.
issues
Issues
juneteenth black lives matter issues
More From Issues